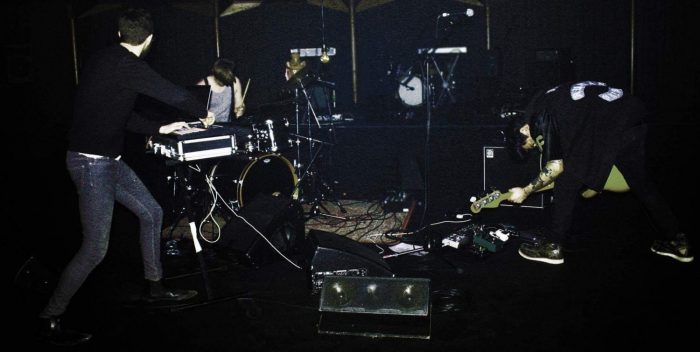 You can watch the premiere of the band’s latest video below. The band comments: “Directed and made by Nathan and Fae of Harmergeddon,the video for Warren Schoenbright’s latest release, ‘Mesa/Geophagy Variations’ from their forthcoming EP Subtropical fuses Kubrick like textural artefacts with footage of a myriad landscapes to create a percussive barrage of glitches and natural space. This visual assault is the soundtrack to an excavation of psychological sediment – a tumultuous attempt to delve into a dark and uncompromising metalloid territory.”

Subtropical will be released on May 22nd on limited edition cassette tape through Hominid Sounds and is available for pre-order through here. Band photo credit: Sarah Tew.