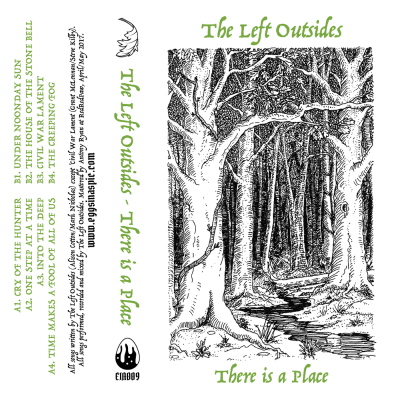 There Is A Place by The Left Outsides

Plotting a course somewhat of their own and on the margins of psych folk, The Left Outsides have nonetheless left quite an indelible mark over the course of two albums. Not ones to rush out their music, they have slowly gathered fans through festival appearances and radio play, becoming something of a whispered cult amongst those who have had the pleasure of hearing them. Of course, Alison Cotton’s wonderful viola playing has provided further adventures in music and added to the almost myth of The Left Outsides, by turning up in sometimes unusual places. Not many people can say they have played with Sonic Boom, Plinth and also been a part of British Sea Power in their very early days.

Of course, the thing that stands out most for the casual listener of the band is Alison’s remarkable vocals. A perfect marriage to the haunting, ethereal music, it evokes those icy dawns, the lost countryside. Their music has the ability to cause a displacement in your mind as a haunting otherness seeps through. It’s European but essentially old English folk, giving a curious mismatch of ideas. That they can pull this together in such rapturous beauty as on their previous release, The Shape Of Things To Come is all the more remarkable.

There Is A Place is something of a curio then. Not quite a full fledged album, it is a combination of new songs mixed with new recordings of the music they provided for Stand And Deliver, a short film by Gus Alvarez, of a young girl waking up in the forest and not knowing how she got there. It’s a perfect marriage of the strange and nature, although the comedic element of the film is lost in the music. Instead we get half formed ideas that never quite feel substantial enough to carry us over into the realms of proper songs.

If anyone can pull this off it’s The Left Outsides though, and although this release is unlikely to gain any new fans, it offers an intriguing look into another side of the band. Soundtrack work may very well be an interesting path for them in future and could work well alongside their full albums. This is down the pairing of Nicholas and Cotton though, and one gets the feeling that they’ll plot whatever path they feel like.

The second half of this cassette only release (although you can purchase the download via Bandcamp) is the more lively affair and one which points to where the band were during their last release. ‘Under Noonday Sun’ even shows a band willing to break out of their signature sound and go for something a lot louder which bodes well for future love performances. It also points to Musical pairing which has more to show than just haunting acid folk and experimental soundscapes, not that there’s anything wrong with these at all. It’s an exciting glimpse of what may be for The Left Outsides fan.

Whilst this is an unusual release, it does tie together the disparate strands of the bands music and we can start to build a wider picture of them. For those who have succumbed to their charms this is an excellent if inconsequential (at times) release. The more experimental fare will scare away any new listeners although judging by the reception to the limited release of the cassette there may be more devotees than thought out there. Either way, we have a minor treasure in The Left Outsides and we should appreciate all the music they provide for us. 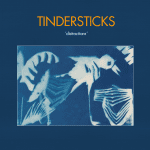