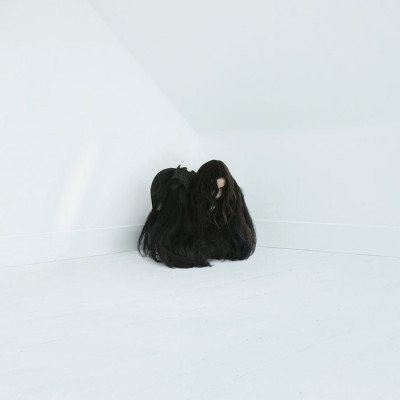 When Chelsea Wolfe presented us with her last album Abyss, it seemed that this would be the very limit we could be pushed to, in terms of how far to travel into the realms of doom metal and heavy soundscapes. Abyss was deathly and icy and at times bleak and hellish, the thick layers of distorted guitar infused with electronica pretty much establishing the blueprint for Hiss Spun. On Abyss, Chelsea was right in your head, now she is flying high above you trying to pull you away from the earth’s surface, her heavily treated vocals soar and straddle the clouds, adding to the ghostly aspect. Where Abyss was claustrophobic, Hiss Spun is expansive and panoramic in sound, but the tone of the album is dark and unspeakably bleak.

Recorded at GodCity Studio in Salem, by Converge guitarist Kurt Ballou, it is very apparent that the knowhow of getting a certain guitar sound was of paramount importance. The invitation to Queens of the Stone Age/Mark Lanegan guitarist Troy Van Leeuwen to sprinkle magic on Hiss Spun was an absolute masterstroke. He is rapidly becoming a musician of incredible flair and his outlandish guitar work is the perfect foil to Chelsea’s increasingly spectacular vocal theatrics.

A squall of feedback signifies what lies ahead. This is the intro to opener ‘Spun’. Thick ultra heavy guitars grind slowly like tectonic plates and Chelsea delivers an almost joyous melody. Van Leeuwen’s guitars hum and flutter like ticker tape into the sky, very much enlightening the mood. This is as uplifting as this album is going to get, the track ends blissfully with Chelsea muttering indecipherable nothings over shards of metallic guitar fury. Lead single ’16 Psyche’ creeps out of the ground with monstrous deep doomy guitars and heavy pounding drums. Chelsea unleashes some truly disturbing vocals, howling over the dense layers of distorted guitar. I challenge you to watch the video for this track, Chelsea’s eyes are so deep and piercing, striking total fear into this viewer. The moment when the guitars slam into the chorus is seismic, such is the power created by Ballou’s production. Troy’s soloing goes off the scale, in terms of off kilter notes, adding to the atmosphere of worlds ending.

The pulsing percussive groove of ‘Vex’ drives the song while Troy’s guitars soar and screech with unbridled abandon. Continuing the intensely heavy sound, when Aaron Turner (ISIS/Old Man Gloom) enters the fray it adds a chilling and unexpected element, making Abyss sound like it was actually a mellow record. The brief interlude ‘Strain’ sounds like the gates of hell grinding open before the slowly shifting atmospherics of ‘The Culling’ bring a little respite. Chelsea delicately sings “Dead eyes, they only call you when you’re in my dreams”. A drum booms and odd electronic tones introduce the stunning mid-section of searing guitars, shifting monolithic distorted waves of doom and Chelsea’s incredible howl bringing a beautiful and stunning melody.

‘Particle Flux’ is a twitchy track that refuses to settle into anything particularly tangible with deeply unsettling percussion and experimental sounds. Chelsea calms down during ‘Twin Fawn’, the first moment of real quiet on the album. But eventually the calm is shattered when the track erupts with violent guitars and drums before ending with an all-out frenzied attack. Van Leeuwen recalls his work with Lanegan on ‘Offering’. Electronic beats collide with haunting and swelling keys while Troy fires off some fine guitar licks and twangs. The track is much needed amidst the doom laden guitars of the majority of tracks providing a little shift in dynamic.

Another spine tingling moment is when the chorus of ‘Static Hum’ stomps in with crashing guitars and Chelsea’s stunning vocals, she really pushes herself unleashing a sky scraping howl. It’s the effortless ease which Chelsea pushes the melody, shaping it round what is essentially a fairly simplistic grind, that truly captivates. ‘Two Spirit’ is an acoustic haunting tune reminiscent of Chelsea’s earlier work. The deathly tone of the album accentuated with lines like “I’ll be screaming through the afterlife”. The track surges as layers of guitars build and Chelsea’s voice reaches for the stars. Finally, the cascading drums of ‘Scrape’ cause sticks to splinter while the guitars charge together for a violent clash, Chelsea struggling to reign the instruments in. You’re left with a feeling of emptiness and wondering if you really want to go through that again.

Hiss Spun takes Chelsea Wolfe to new depths, in terms of sheer heaviness and the doom metal leanings can’t really go any further (can they?). I wonder if this acts as some type of catharsis for Wolfe or is this the genre she finds her spiritual home? The combination of brutal guitars, off kilter lead lines, courtesy of Van Leeuwen, and Chelsea’s truly exhilarating soaring vocals makes for an uncomfortable but engaging listen. With Hiss Spun, Wolfe adds to her exceptional back catalogue, I have no idea where she will travel to next, but you can be very sure, the journey will be thrilling.