(((O))) Review: And So I Watch You From Afar – The Endless Shimmering 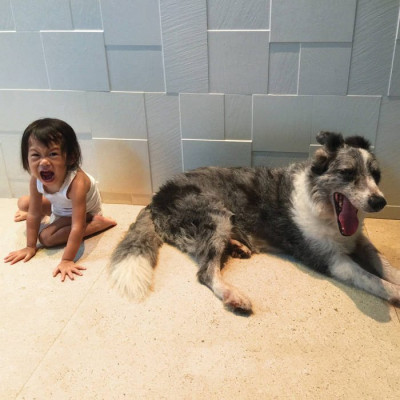 The Endless Shimmering by And So I Watch You From Afar

Let’s establish something from the outset of this review, I know And So I Watch You From Afar. Whilst I haven’t actually spoken to any of the band members in almost 10 years, my earlier dalliances with them as support act and contributor to their first forays into the realms of music with singing rank as my finest hours. What I didn’t know is that on the band’s fifth album, The Endless Shimmering, all of the decorative sounds and extraneous vocals that had infiltrated their last two albums, All Hail Bright Futures and Heirs would be stripped away. Instead, ASIWYFA have given us their most technical, no-nonsense, downright metallic album since 2011’s Gangs.

So how did we get here? With 2015’s Heirs, the band went overboard on the sound effects and a host of shiny new pedals and studio trickery gave us an epic album of multi-coloured tunes that scraped the skies with wonderment. The amount of vocals on that record wasn’t for everyone and I think the band wandered dangerously into territories that strayed a wee bit too far away from their roots (it was guitarist Rory Friers who introduced me to Meshuggah). This progression seemed logical though after the pop tones of All Hail Bright Futures, and my expectation for this album would have been even more vocals and even more studio hocus pocus. It seems that Rory and bassist Johnny Adger’s extracurricular involvement with sludge metal crew 7.5 Tonnes of Beard has permeated ASIWYFA’s song writing process as The Endless Shimmering is intense, tight, heavy, bursting with riffs, but also extremely fucking hard to absorb. I think it must have been around the 30 play mark before I could actually keep up with the tunes. Honestly.

This album has been giving me a sore head for a few months now, as previously mentioned, I have listened to it an extraordinary amount of times. I’ve been struggling to come to terms with how to process everything on this album and provide an analysis that doesn’t go into every nuance of each tune, a trap this untrained music writer/lover often falls into. If I was to go down that road, we’d be here forever and I would never get to actually explain it all to you, the only way is to listen to it for yourself. You’ll understand where I’m coming from! The twisted riffs and grooves have been rattling round my head for weeks, it’s infectious and at the same time the intricacies have me tied up in knots, the album is so tight for the most part, it feels compressive and claustrophobic in places. There are however passages of soaring freedom where the taught beats and buzzing riffs subside to allow melodies and lush guitar sounds to rise to the forefront.

So the album begins with the megablast of opener ‘Three Triangles’ which is ushered in on a snappy beat while gentle clean guitar chords and hushed whispers provide a subversive backdrop. Drummer Chris Wee picks up the pace as the guitar lead lines become more wired, then BOOM!, Johnny Adger’s majestic bass drops the mother load and away we go, no turning back. Early indications are that this album is going to rock bloody hard and your head will be frazzled trying to keep up with the fucker. There’s some familiar ‘Search Party Animal’ sounds that fidget and flicker while Adger and drummer Chris Wee duel with tight rhythms, before the track gives way to a wonderful moment of clarity as we race through the skies at high velocity before being hit, sending us hurtling downwards, the guitars ripping out an incredible soaring aeroplane sound. You really get the sense of hurtling towards the earth at high speed, completely out of control. Fucking hell…what an opener.

The by now familiar ‘A Slow Unfolding of Wings’ offers up some of those woozy Heirs guitar sounds and the clean and intricate guitars at times recall those that featured on Gangs. Wee hammers out a beat that is impossible to desk tap along with. There’s a newfound heft in the bumping groove vaguely reminiscent of the aforementioned 7.5 Tonnes of Beard, with occasional outbreaks of hooky melodies between the stuttering riffs. Beneath the metal blasts there’s stunning background atmospherics that are deeply layered and ethereal, I’d love to hear those individual tracks on their own. As I’ve already alluded to, The Endless Shimmering is ASIWYFA’s most technical and mathematical album so far. Chris Wee goes all octopus on ‘Terrors of Pleasure’ with clattering complex beats while Rory and Niall Kennedy pop out some Letters e.p. style riffs mixed with pinging electro noises. Everyone connects with glorious abandon during the euphoric rush of a section that manages to sound like tumbling waterfalls.

You might also have already been blown away by the album’s heaviest tune, ‘Dying Giants’ which manages to make guitars not sound like guitars. This track could easily have slotted onto Gangs with its bone crunching riffs, clean guitar plucking and occasional foray into sky scraping metal and melody. There’s some gargantuan slamming riffs and building obliterating drums, it’s certainly the heaviest ASIWYFA have been in a long while. But when those strings enter at the track’s finale it is heartbreakingly tragic yet soothing and comforting, like the passing onto the other side of a loved one. Totally unexpected and this little melodic moment pops up again in ‘Mullally’. I don’t know if it is just the promo version I have but the fadeout at the end sounds a little rushed and clipped. It’s not the only track to succumb to an abrupt ending, which would be my only complaint about this album.

On ‘All I Need Is Space’ there’s a little nod to All Hail Bright Futures in the sparkly guitar lines and airy guitar sounds, the distortion pedal taking a well-earned break. They even give up the urge to hurt our heads when some twinkling keys make a brief appearance, before the track swells into a huge wave of stormy distortion and heavy bass lines. Wee must have totally destroyed his kit during the final flurry of battering beats. On title track ‘The Endless Shimmering’, the keyboard stays around for some chimes mixed with flickering guitars and a straight-up beat from Chris, I hear a lot of their debut album in this track. The widescreen soundscapes conjure up images of oceans and skies before the heavy riffs crank up, though they still retain those hearty melodic elements. Perhaps the album title comes from the beautiful scenery of where these lads grew up on the majestic North Coast, I like to think so anyway.

A little moment of solidarity comes in the naming of ‘Mullally’ after long-time friend Una, this is typical of this band, who used to include extremely lengthy thank you lists with their albums. Una’s track is a quick paced ripsnorter full of blistering solos. It’s twitchy as a ferret in pepper and as calculating as Einstein’s blackboard. If I have to be critical the track is too hard to keep up with, such is the ferocity of the multiple passages of ingenious riffs and tempo changes, though the guitars remind me of Thin Lizzy with the melodic interweaving of the twin soloing. The bluesy ‘I’ll Share a Life’ is driven by a wandering solo, much slower in tempo, the flow of the track is a lot more fluid than some of the more agitated numbers and is also an echo back to And So I Watch You From Afar. Halfway through the tune takes a twist with some shimmering Heirs guitar sounds and it suddenly feels like a half-brother to Gangs favourite ‘7 Billion People All Alive at Once’. So basically encompassing all of their albums to date in one track! The solos become more engulfing as the track comes to a close and there’s a glorious finale as the guitars soar.

Continuing the tendency to finish their albums with something out of this world, ‘Chrysalism’ brings The Endless Shimmering to a tumultuous ending. A pounding beat is complimented with some prodding melodic guitar work before Wee starts to climb all over his kit. The transition into a furious beast is remarkable and the track ends in a furious hurricane of crashing cymbals, monstrous bass and the return of the pedal combination that really does sound like a plane crashing out of the sky.

And So I Watch You From Afar are about to embark on a lengthy tour to play these belting tunes and there is no doubt they’ll be a blast to play. The band are notorious for shaping their recorded output into something wilder and more freeform and these tracks are perfect for that. The album is a difficult listen and I can see some fans who came on board recently perhaps being a little confused by the intricacy and brute force, not to mention the lack of vocals. I reckon those fans yearning for a more metallic ASIWYFA will be returning to the fold in numbers. Then there are those diehards, like me, who just love whatever it is this band produce.

I was not expecting an album this ferocious given the indie leanings of Heirs, admittedly this took a little getting used to. It has taken me 30+ listens to truly absorb the nuances of each tune but this was time well invested. The Endless Shimmering is yet another collection of outstanding instrumental rock music from this wee country’s finest band.