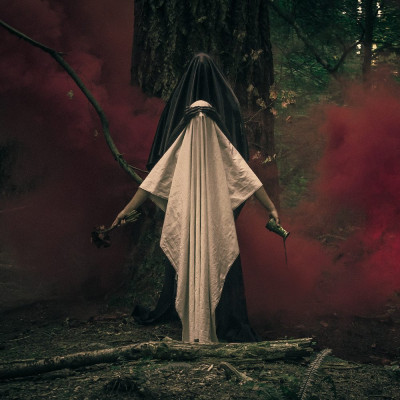 The Passenger by Neck Of The Woods

Hailing from the dew-soaked Pacific Northwest of Vancouver, five-piece Neck Of The Woods has gone about putting their own stamp on progressive death metal. Citing some of their primary influences as Between The Buried And Me, Converge, Rush, Misery Signals, Gojira, Every Time I Die, and The Dillinger Escape Plan, it stands to reason that you’d probably have a vast and broad sound. This fact comes across vividly in many areas of their musical makeup. Some could reckon that their overall sonic blueprint could be considered progressive metalcore with those luminaries influencing their songwriting.

But like most new bands, it’s good to have an ear to your influences while carving your own unique path. Whether it ends up coming to fruition is dodgy at best with the plethora of musicians trying to hone their craft in a crowded musical climate.

What Neck Of The Woods are putting out is a culmination of hard work, determination, and a healthy focus on their own musical footprint while not losing site of the road that got them to their finished product. Enter their full-length debut The Passenger. With nine songs clocking in at an unconventional 35 minutes (by prog standards of course), you get the impression that before you listen to the album that the players are going to make the most of every minute available.

‘Bottom Feeder’ starts off the album with nice melodic and heavy riffs meshed together with a forceful roar of death vocals. The song then moves to a quickened pace with flashes of double-bass drums before coming back to the original prog-metal groove. ‘Nailbiter’ follows, and it’s a bit more frantic than the opener in delivery, with guitars and drums coming together cohesively.  It follows a more streamlined and focused nature than the first song.

‘White Coats’ focuses more on the dexterity of the guitar approach of Dave Carr and Travis Hein,  and gives the bottom-end some time to shine through Jordan Kemp’s jangly and punchy bass lines. The drums gel perfectly with the other instruments courtesy of the talented Jeremy Gilmartin. ‘Open Water’ serves as a bit of a breather, featuring subtle and melodic layered guitar picking exclusively on this short track. ‘You’ll Always Look The Same To Me’ follows and is complex with it’s arrangements and the forceful push of the instruments, which really crank their cohesiveness up a notch. It’s in your face and unapologetic, and the emotive guitar solo near the end of the song is the icing on the cake for me.

‘Face Of The Villain’ puts out some heavy chugging riffs and sophisticated guitar/drum syncopation. This song almost turns up the intensity of the band’s sound for me, with the riffs, the leads and vocalist Jeff Radomsky providing a great brutal contrast to the instrumentation. ‘Drift’ can almost be looked at in the same vein as ‘Open Water’; just sweet and to the point. And while ‘Foothills’ goes from punchy and direct to laid back and somewhat serene, the album closes with ‘Before I Rest’ and it’s completely melodic and fluid approach to start, which goes into the deliberately frantic delivery that has been prominent on the majority of the album.

Upon first listen, I found that while technically proficient and talented as hell, the band seemed to lack a certain something that made them click for me. It could quite possibly be the metalcore elements of their sound, which I don’t think necessarily mesh so well with prog. I mean they probably do it better than most that attempt it, but it’s still not a crossover approach that I look forward to hearing from any band really, so it’s not really a slight on their abilities but rather their choice of direction. However, after listening to the album more, I realize that maybe in my headspace I was expecting more out of the songs, when in actuality, the band makes the most of tying every song into a perfect package. The metalcore can tend to come out more on first listen, but once you give the tracks more time to breathe, you realize there’s a lot more to the final product.

The selling point for me about the band is that while every member is incredibly skilled, they use this skill-set to complement each other rather than have the focus remain on one member over another. There’s no overshadowing here, and every member is no more important than another. With a lot of technical-minded bands like Neck Of The Woods, I find that sometimes it can verge on the opposite.

All in all, this is a great full-length debut. I’m interested to see if future releases will show the band expanding their song lengths a tad more to let the ideas flow even further.