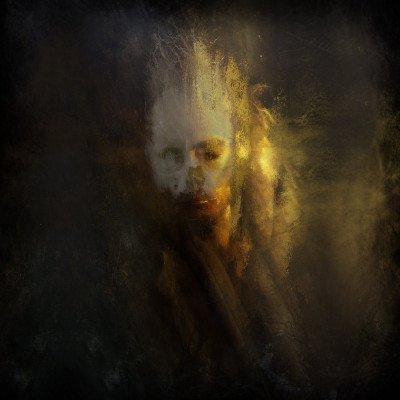 We Are The Parasite, We Are The Cancer by The King is Blind

I was never brave enough to carve ‘Metal Rules’ into a piece of furniture at school. Perhaps it’s because at the time I didn’t realise it did, in fact, rule. But it does. And in this age of a zillion strands of heavy music, each with their own quirks, templates and tropes, sometimes it takes an album of pure, unadulterated fury such as The King is Blind’s new album to remember that.

This is The King is Blind’s second album, although they have released a few EPs – one of which, 2014’s The Deficiencies of Man, was hailed as “exciting” by this very site. We compared them to Bolt Thrower, while predicting big things for the band. Well, call us Nostradamus, but The King is Blind have not only torn up stages at well-regarded festivals throughout the country in the ensuing years, but they have also recruited Karl Willetts, Bolt Thrower’s lead growler, for a song on this album, ‘Mantra XIII (Plague: Avaritia)’. Spooky, huh?

The tone of the album is set with the opener, ‘Patriarch’, which with a foreboding stomp that soon makes way for a frantic anti-religious diatribe. It is the entire album in microcosm: mostly fast, loud, growling and vehemently opposed to ask things related to the church or authority. In other words, textbook metal. That’s not to say we’ve heard it all before. Sure, we’ve heard elements, but The King is Blind straddle genres. They’re a bit deathy, a touch thrashy, a little groovy… even a tad folky, for a few brief seconds of the epic closing track, ‘The Burden of their Scars’. But throughout, they are all metal. This could be down to the fact that although The King is Blind is relatively new as a band, the members have been there and done that. Hell, when the members no doubt carved Slayer pentagrams into their school furniture (I am speculating, but y’know), the travesty that was Diablos in Musica was probably but a twinkle in Tom Araya’s eye.

Vocalist Stephen John Tovey and guitarist Lee James Appleton were in a band called Entwined way back in 1995, while Paul Alan Ryan-Reader, also on guitar, was once part of Cradle of Filth. And their experience shows. They know what works. From the relentless pummelling that we are hit with in ‘Patriarch’, we are left in no doubt that these guys have distilled the best bits of extreme metal into a potent mixture. ‘Embers From A Dying Son (Plague: Gula)’, the second song, starts similarly furiously, but there is a massive breakdown in the middle which is up there with the best of them.

Incidentally, the generous use of brackets in the song titles give a clue to the fact that there is a concept holding the album together. It is based on how religion is twisted, but for the deeper meaning, we will let Tovey explain: “It is a multi-faceted, angry and frustrated take on a world where, seemingly, free will has led us to a disturbing place where it appears we have actually have no choice but to accept things spiralling further into hate.”

Other highlights include the ominous chant which accompanies the initial stomp of ‘Like Gods Departed (Plague: Acedia)’ – fear not, however, metalheads, for the song does transform into a maelstrom of relenteless riffs. Then there is ‘GodFrost (Plague: Invidia)’ which follows ‘The Sky Is A Mirror (Plague: Luxuria)’ and ‘Idolatry Of Self (Plague: Superbia)’, two songs which ease up on the heaviness somewhat. We get it back with ‘GodFrost’, which is straight ahead four-on-the-floor riffery. It is great to drive fast to.

And while it may come across as odd to speak of the tone of the instruments when referring to a loud, angry beat of an album as this, but the tone of We Are The Parasite, We Are The Cancer is something to behold.

The drums punch you in the guts. The guitars and bass are rasping, yes, but also warm sounding. And the producer, Tom Donovan clearly refused to engage in any loudness wars. To my damaged ears at least, there is minimal compression going on here: if the music sounded loud as I listened, it is because I turned it up. And the reason I turned it up? Because metal rules.