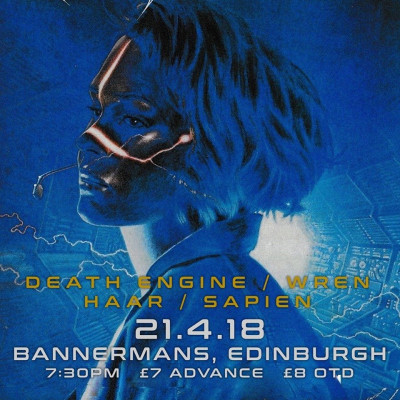 I’ve been pestering folks in Edinburgh for aaaaages, trying to get one of the local promoter fellows to put WREN on.

And now, newcomers to the scene and all-round fine chaps Red Crust Promotions have done what needed to be done. Wren are here.

I’m tempted to just write WREN ARE AWESOME WREN ARE AWESOME over and over and leave it at that, but tonight’s line-up is stuffed full of heft, beef and ooft; and it would be wrong, so very wrong, to ignore the other bands on this magnificent bill. After all, they’re not even headlining.

Anyway. Everything in the right order.

Bannerman’s is in the middle of a makeover. There’s a new gear cupboard at the side and the stage is bigger. There’s a new pair of PA speakers1 and everything has been painted black. The air-con has been upgraded.

In no need of a makeover are Sapien, tonight’s openers. They’ve got no new stuff to flog, no new songs, so they just do what any good opener should do, entertaining the troops with a choice selection of that turbo-charged stoner space-doom they do so very well. They are very, very loud, but sound-man Stu knows what he’s doing and everything’s fine. They work damned hard in the hot room, and their top-class drummer Lyle looks about to explode. He doesn’t, fortunately, and we are properly entertained. Also, it’s not particularly relevant, but the bass player and that guitarist over there on the left both look like Jesus. T-shirt and camo-clad stoner Jesus, certainly, but still… 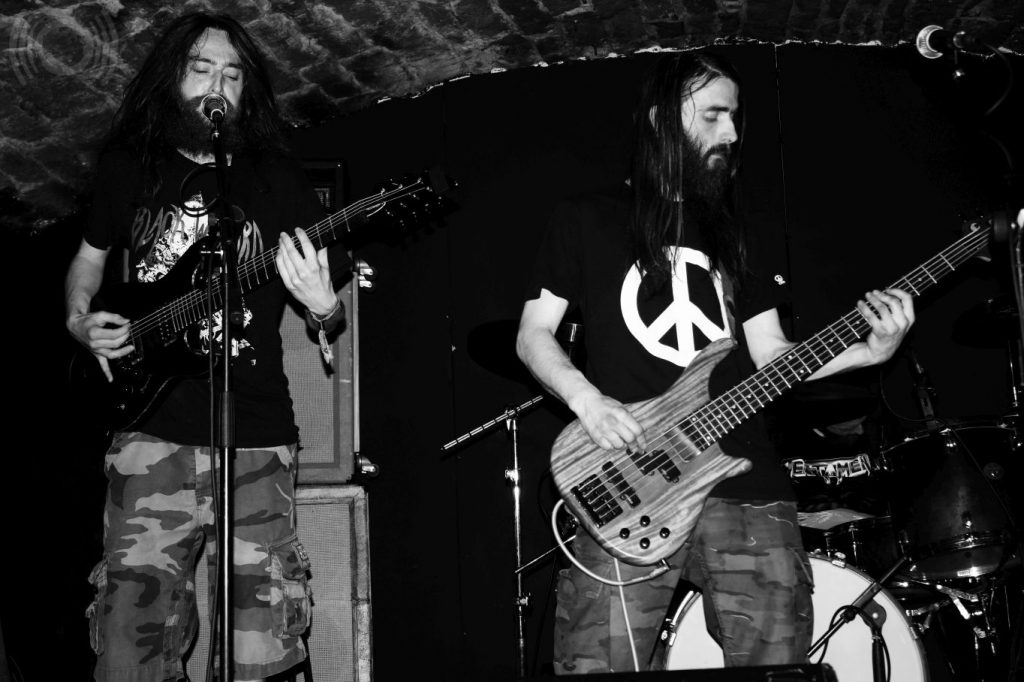 Now, I don’t know about you, but I’ve always found that sort of atmospheric black metal that Haar bring us to be very soothing. Relaxing, even. That blur of noise rolls over me like a big soft blanket. And so it is tonight, for the most part.

However, Haar have been away for a while, and now they’re back with a new line-up and there are signs that a new sound is emerging. The core is still there, the dense fog of black noise from Guillaume on guitar, Hamish on drums and Steve on Bass, singer Gareth stomping around the stage like some hardcore bruiser and making a throat-ruining sound which veers from “wounded buffalo” to “cats fighting in a bin”. No, the difference lies with new-boy Gerald Chau, borrowed from tech-metal lunatics Gendo Ikari. His contribution seems to add an extra bit of dissonance and angularity. It’s more abrasive than soothing, particularly on the only new song of the night, tentatively titled ‘The Receding Ice’, a taster from a forthcoming concept album. It’s a challenge, Gerald tells me, playing 10-minute epics when the average Gendo Ikari song barely hits the 90-second mark. But it all seems to go well and the crowd likes it. As do I. 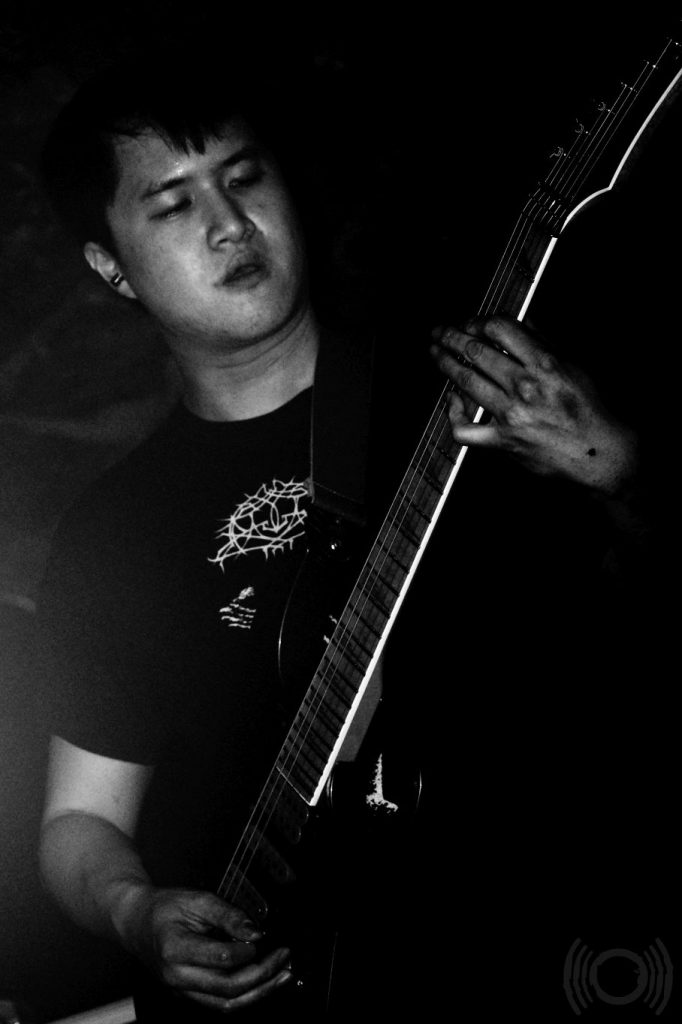 Now, I have to own up here. I love Wren, and the noise they make, but I wouldn’t call myself an “expert”. I couldn’t name a single song they play tonight, and they don’t leave a handy setlist for me to pinch. Don’t care. If you want to know what songs they play, go see them yourself sometime. Actually, do that anyway.

So, here they are and, after some fiddling with their projector, here they go. They’ve asked for all of the stage lights to be switched off, as they do, and are lit only by their own harsh little lamps and the glow from the pictures on the screen behind them. Grainy monochrome shots of rocks and mountains and clouds and eerily pulsing mandalas, the images are entirely appropriate for the angry, sludgy post-metal noises that Wren create on stage. Colossal, dark, malevolent noise, mostly instrumental, occasional barks and growls – I presume they’re words but it’s hard to tell – there’s a bit of old Isis about them, Neurosis maybe, or a more feral Cult of Luna. 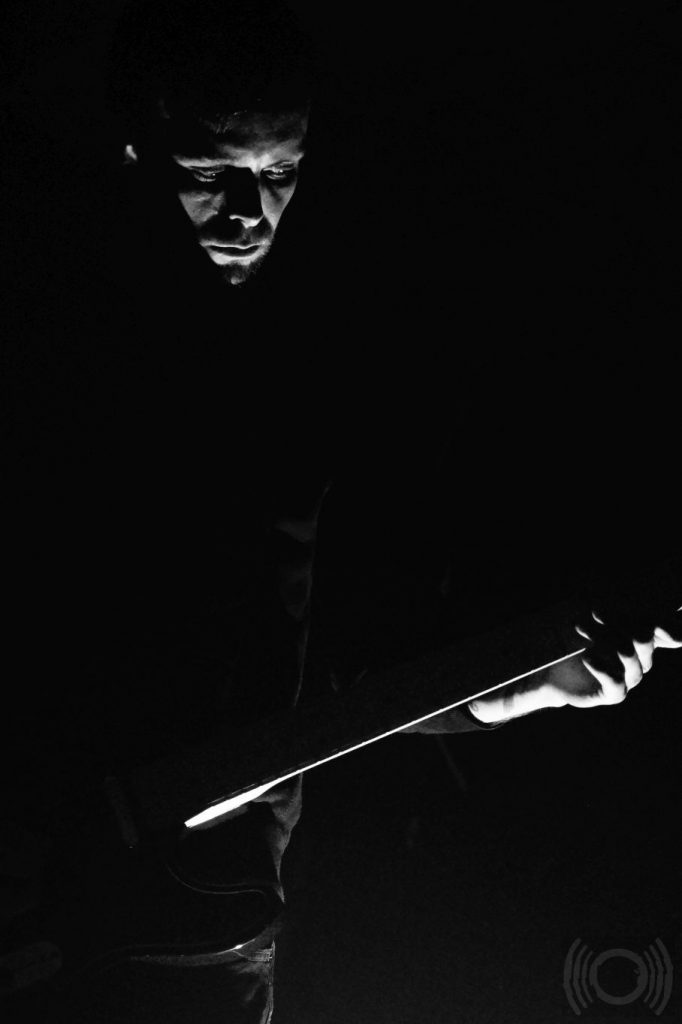 It’s all stark black-and-white up there: the lighting, the images, the faces appearing and disappearing in the gloom and the swirls of smoke, and the colourless walls. Shadows are cast upwards onto the rough stone arch of Bannerman’s ceiling. And I am enthralled for the 30 minutes or so that Wren are given tonight. I could watch them for hours.

Right, now, I admit that I’m really here to see Wren. I’ve been up since 4:30am and need to be up at that ungodly hour tomorrow as well2, so I fully expect to stick around just long enough to catch a quick snatch of Death Engine before pissing off home to bed, just so I can legitimately say I’ve seen them. However, those naughty Frenchmen manage to confound my plans.

Unlike those lurkers in the dark, Wren, Death Engine welcome the lights and, indeed, the guitarist/singer3 repeatedly asks for “More lights! More lights on stage!” Which is a bit odd, perhaps, because they are all dressed in black. And all have dark hair. And black guitars. And the walls are black. All black. Black everywhere. 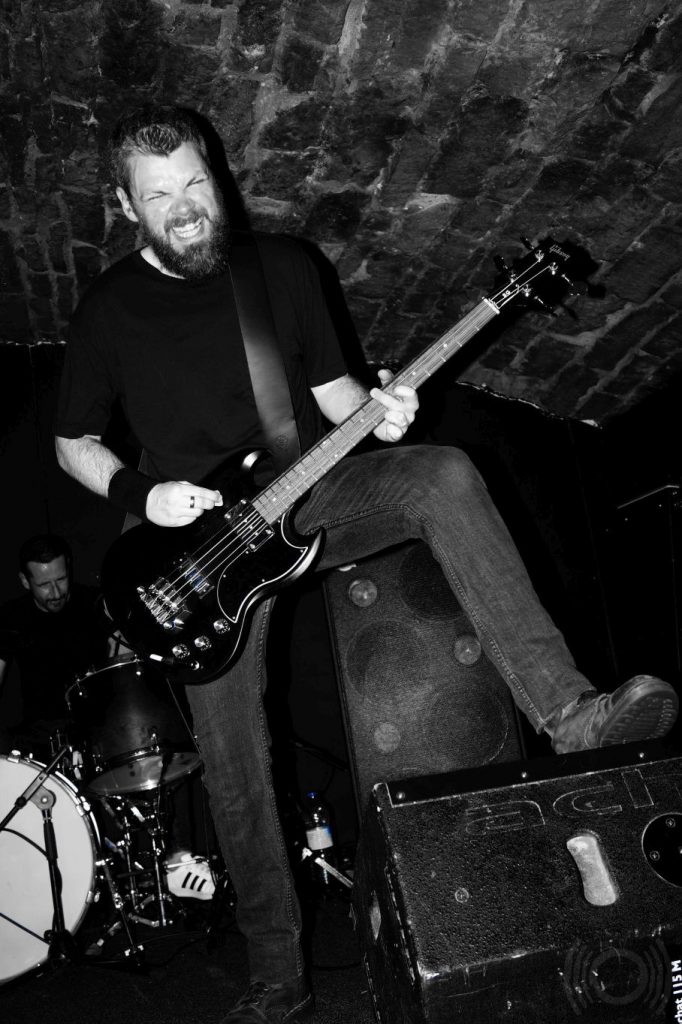 Death Engine are simply ferocious. A dark blend of hardcore-punk shoutiness, post-metal build & release and jagged noise-rock riffs. They’re brilliant. Mesmerising. G/S contorts himself around his instrument and the mic stand, B throws some impressive rock shapes – including the classic ‘foot on the monitor’ stance – headbanging and grimacing fearsomely, and D whales away on his kit while still managing to look like the saddest man on the planet.  I’m hooked and I’m compelled to stay to the end of their eight song set4, culled in the main from their recent Place Noir album, with a couple from Mud and, right in the middle,  ‘Gun’ from 2012’s Amen. Half an hour of glorious uneasy listening. The vocals are, maybe, a wee bit lost in the mix but it doesn’t really matter.  I can live with that.

So, there you go. I come to see Wren, and Wren are magnificent. I get two top class supports in Sapien and Haar. And, to top it all, I get to see the fabulous Death Engine, my new favourite French shouty hardcore/noise band. It’s hot and sweaty and noisy, and there’s a decent crowd in to see the fun. The very best way to spend a Sunday night.

All of the remaining Brownie points go to the impressively named Duncan Mountain, at Red Crust, for bringing this mighty gig to Bannerman’s, and inviting me along. He’s a star.