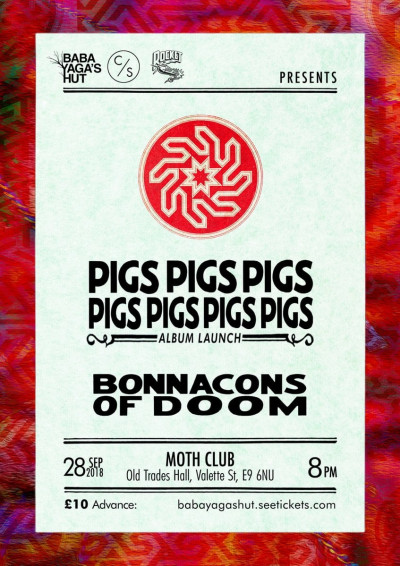 Matt Baty of Pigs Pigs Pigs Pigs Pigs Pigs Pigs observes his shiny golden waistcoat (“Bobby Dazzler”) complements the MOTH Club’s glittery ceiling, while this also extends to blend in with the bright golden streamers backdrop. Initially a setting more suitable for magicians producing rabbits out of top hats, it turns out to be a fittingly memorable choice for Rocket Recordings’ big box of magical music discoveries to continue such unearthing, with Pigs x 7’s sophomore album King of Cowards and a sold-out album-launch party. With fellow label-mates Bonnacons of Doom in support, it propels an evening’s journey into a memorable head-on collision of all-absorbing, rollicking, heavy and mesmerising sounds. 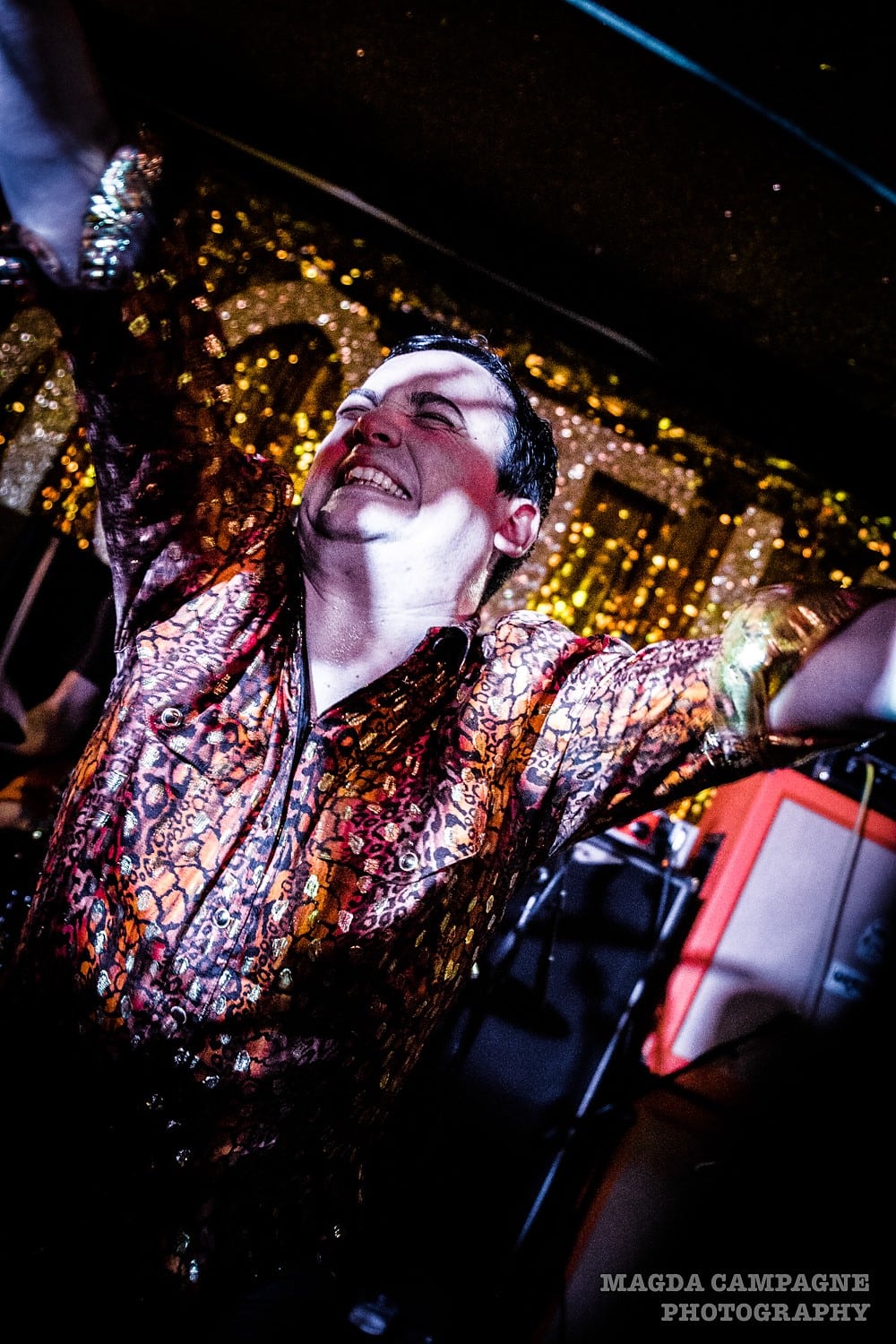 Over at Echoes and Dust’s twin towers, practically anything released by Rocket Recordings is greeted with an eager anticipation and wide-eyed enthusiasm. This exuberance has spilled widely into tonight’s proceedings, where the thrills and tingle of an electric atmosphere feels more than just the general joys of a Friday night and the prospects of an imminent weekend. Am I saying something is brewing? There is an undeniable buzz currently surrounding both the band and label. 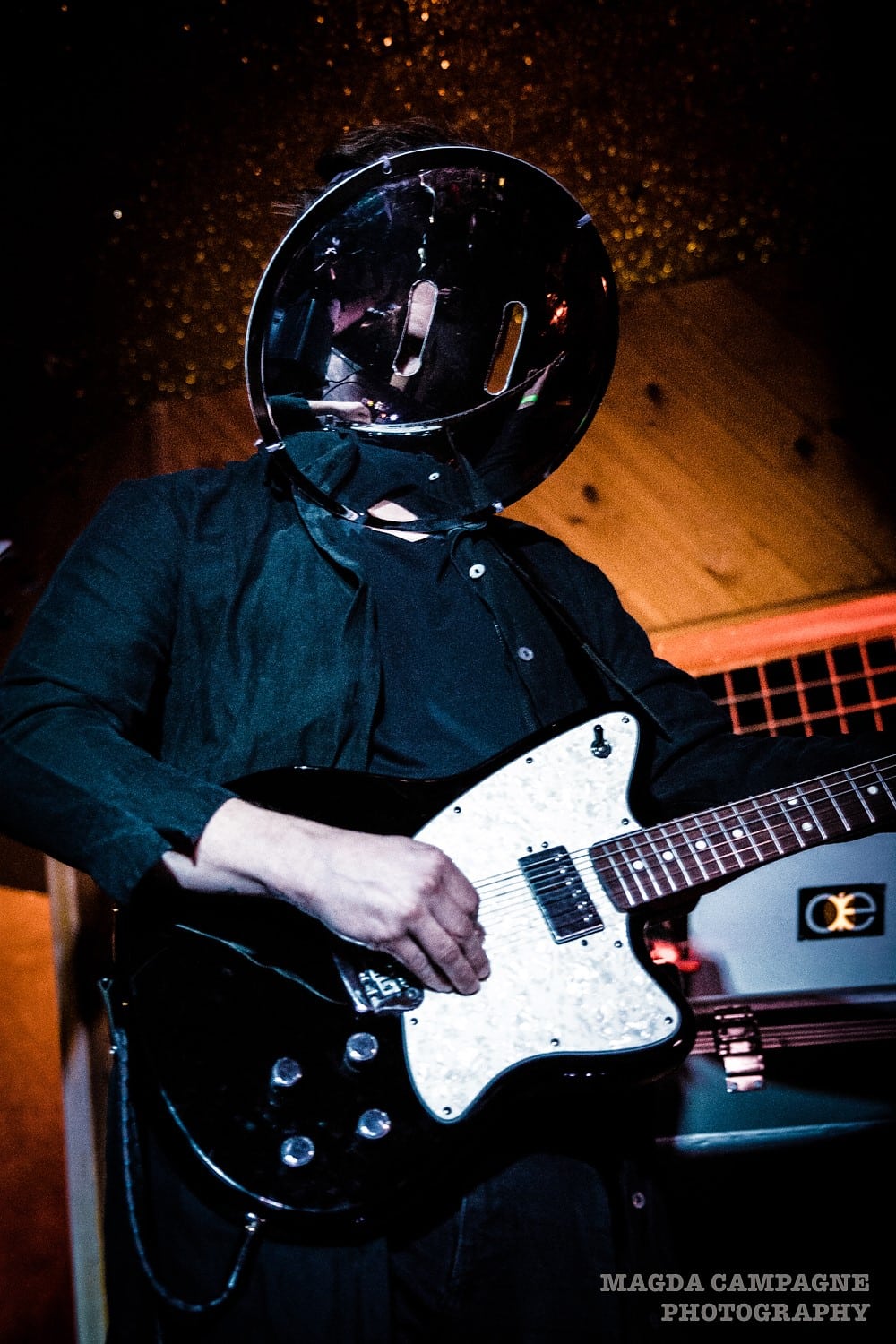 Man in the Mirror – Bonnacons of Doom. Photo: Magda Campagne

Dressed all in black while sporting mirror masks, Bonnacons of Doom’s immersive, hypnotic drone is driven by excellent percussive rhythms, backed by simple effective bass, while the remaining members add their sonic textures, which are all superbly executed. But vocalist Kate Smith is their proverbial icing on the multi-layered cake as her thrilling shrieks and remarkable note-shredding, elevates their sound and stage presence to quite staggering proportions. 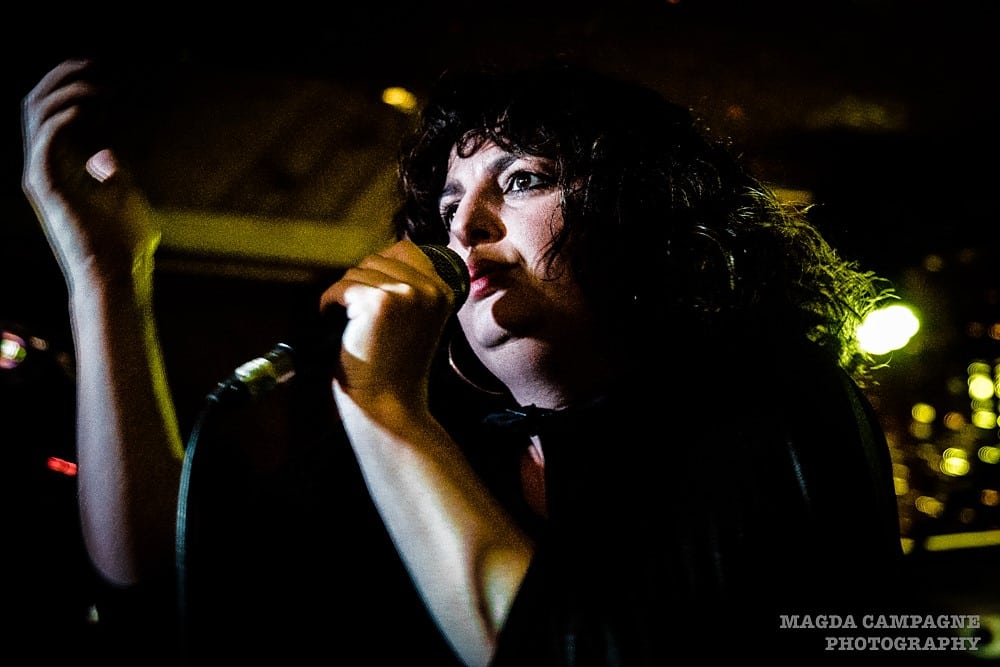 It begs the question can Pigs x 7, at the very least, match the high sonic-quality and visual effectiveness of BoD? What does emerge in the rather packed venue is an increase of temperature, in which band and crowd play their part just as much as the absence of any air conditioning. And while Pigsx7 open themselves with some drone doodling, it builds some – get ready for it – tension, which is met by a vigorous and rampant Friday night mosh-pit and crowd surfing antics. Normally, not being able to see bugger-all, aside from the occasional head or guitar fret, dampens a gig experience; but the turbo-charged atmosphere, and the pounding delivery by the band, rekindles interest and excitement. 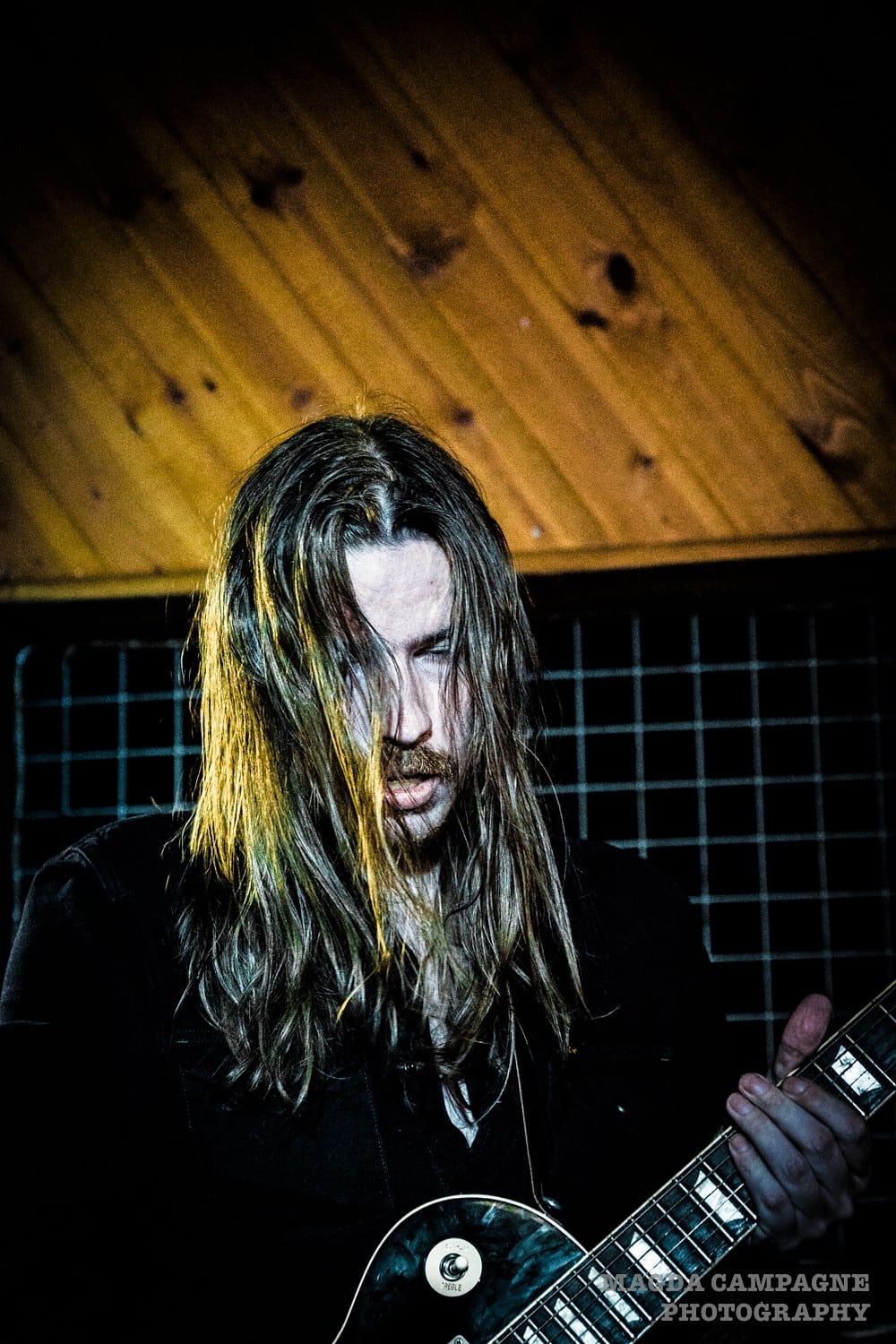 As fellow Echoes’ writer Chris Ball noted in his review of King of Cowards, Pigs x 7 have enhanced their sound for a “sharper, leaner, smarter, and keener” know-how, which also transfers into their live sound to create a far more captivating listening experience. The band’s newfound occasional foray into Hawkwind’s exploratory space-rock journeying and psychedelic adventuring, with even a tinge of Monster Magnet’s Spine of God’s mind-blowing heavy psychedelia debut thrown in for good measure, can only be a good thing, while they firmly maintain a constant Black Sabbathian low-end heaviness. And even when they do slow things down a touch, with some clobbering doom, they avoid diluting the energy or defusing the frenzied mosh-pit’s high voltage. 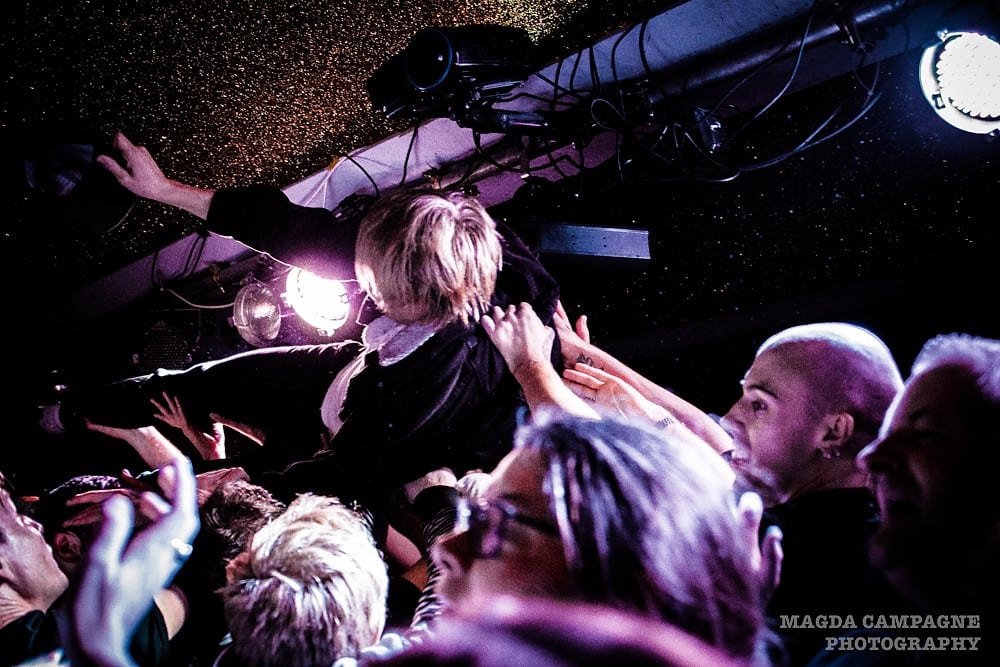 This is all amounts to one explosive gig, which justifies the critical acclaim and excitement associated with both Bonnacons of Doom and Pigs x 7. A most memorable evening of spellbinding, heavy sonic-grooving. Bobby dazzling!