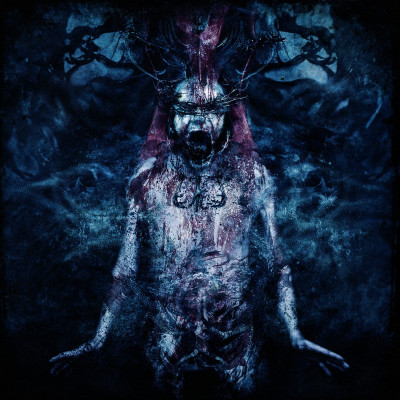 The origins of Bane date back to Serbia. While making their way in their homeland, frontman Branislav Panić moved the project to Montreal in Canada where he assumed the role of restarting the group with new members and starting anew in a foreign land.

His drive and determination with continuing the group has found him pushing forward with new music and opening for various bands right up until present day.  Having seen the group open up for Insomnium this past summer, I was immediately drawn into the incredible stage presence of Panić firstly, followed by being blown away by how crushing and varied the sound of the band was. The band has an interesting hybrid sound of black and death metal, which at times in history can be hard to achieve with any type of credibility, but the band make a great point of melding both sub-genres together quite well. After meeting and buying a CD from Panić, I realized how genuine and passionate he was not just with the music, but with fans. DIY is a term that could be saddled perfectly with the leader of this group.

So after becoming familiar with the band’s output recently, I was excited to learn of their newest release, Esoteric Formulae, to usher in what I’m sure will be another tumultuous Canadian winter.

‘Invocation Of The Nameless One’ opens up the album and sounds like a dark and epic war theme that would fit perfectly in a movie series like Lord Of The Rings. Setting the mood with that intro, ‘The Calling Of The Eleven Angles’ starts off triumphantly thumping and chugs along at a good pace, full of harshly distorted riffs and lead work. Confident and steadfast in it’s drive, this is a great introduction to the album paired with the epicness of the opener. ‘Beneath The Black Earth’ continues the drive of the album with a great forward march that is highlighted by intricate guitar picking and blast beats, which transitions well to a mid-paced, fist-pumping charge.

‘Bringer Of Pandimensional Disorder’ is the lead single off this album and it reminds me heavily of probably my favourite Dissection track ‘Starless Aeons’ (yes I’m aware it’s from the most panned album of their catalogue, ease up people). The band makes their own mark here besides my comparison and brings out the passion of the performance. This was a great choice for the first single.

‘Wretched Feast’ (which features Giulio Moschini from Hour Of Penance) once again has the band channeling an epic war march so naturally that Bolt Thrower would be proud. This is probably the most forward-pressing and direct assault on the album so far. This is headbangingly fun and gives me the proper adrenaline rush needed when listening to this style of music. The guitar solo near the end of the song was done tastefully and adds a nice extra layer to the brutality. ‘Into Oblivion’ (featuring Amduscias from Temple Of Baal) straddles the line between punishing and atmospheric, while ‘Burning The Remains’ starts off with a guitar melody that shows the forceful nature of this song and continues to weave through the track, which showcases the varied approaches that the band tinkers with in making this sound their own.

‘Reign In Chaos’ strips down and reverts to a more traditional drive, which I love because it lets the band show off more layers to their sound. There’s nothing that stands out a ton in this song, but it goes to show another side to the album, which is welcome. ‘Acosmic Forces Of The Nightside’ is surprisingly the longest song on the album at over five minutes, which is a little different to me considering most bands draw out the black/death hybrid in song form. It’s also devoid of any vocals. Having said that, this song breathes quite a bit, adding an attention getting drum intro with a memorable march of guitar and drums that I think would sit rather well in a live setting. The nature of this song adds some great atmosphere and delves into a “less is more” approach, letting the emotion of the songwriting permeate and demand attention. And after all is said and done, ‘Wrathful Reflections’ finishes off the album much like the intro; it welcomed us into chaos with a war theme, and this outro serves to bring that approach full circle.

Frontman Branislav Panić has remained the one constant member through all incarnations of this group. This is especially evident in the current recorded line-up, which features Panić tackle vocals, guitars, bass and keyboards, which is very impressive (drums are handled mightily by Honza Kapak).

The one notable comparison I hear people throw around about Bane is how much they are influenced by the legendary Dissection. I definitely do hear it, but I don’t see this as a bad thing.  Considering how varied the approach in metal was by Jon Nödtveidt, I don’t see this as anything to be hampered by, seeing as the sound of Dissection evolved through their catalogue, and Bane seems to be about this exact same principle.

I’m left wanting more from this album at the end with only 35 minutes of material presented. And this isn’t meant as a negative, but more a positive indication of the infectious nature of the material and how the tracks went by in such a flurry. I’ve said before that you always want to leave your audience wanting more, and Bane have done this with conviction. Let’s hope that the new album comes out in a faster manner than the six years it took for the last full-length, because this band will be going places in the metal world with a faster turnaround.