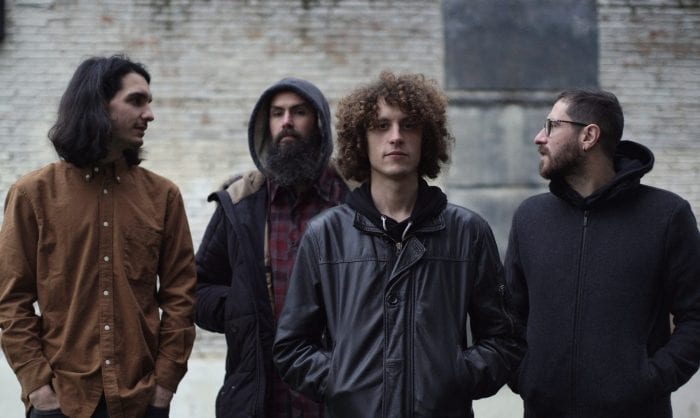 The Barcelona quartet originally formed in 2012 when drummer / vocalist Cesar Perals (Carontte) met guitarist / vocalist Victor Paradis (Boreals) but truly emerged three years later with the creatively rich proposition behind new ‘tempest’ Reveries with the addition of bassist Luc Espinach and Ivan Pizarro on guitars and synth. The release of the well-received Chrysalis tempted and lured praise and attention as Degraey introduced their sonic tapestries and intimations woven with post-rock, post-metal, shoegaze and doom nurtured threads.

Degraey eagerly envelop and inspire the senses with Reveries; never allowing them to settle while taking them across an emotive sonic panorama which will not fail to make a rich and thick impact. So fair to say, you will not emerge the same as you go into the creative squall of Reveries, but as post-metal itself will certainly enjoy, there will be no escaping one exhilaratingly evolving experience.

Reveries will be released on the 1st of March. Listen to the track ‘Woven Conscience’ here: