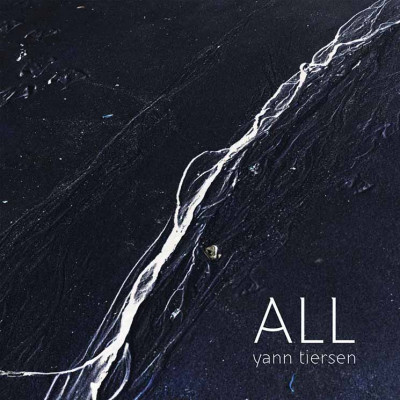 All by Yann Tiersen

After lavish praise he got for his Amelie soundtrack at the beginning of the century, and some 20 albums or so behind his belt, there has been also a lot of flak thrown at the composer Yann Tiersen. His music has been called ‘same-ish’, ‘repetitive’ ‘undefined’ or ‘too sentimental’. Something like that might also be expected after All, his latest release.

I guess those critics didn’t bother to listen. Tiersen actually seems to be one of those composers that absorbs and incorporates about any possible musical element – from everywhere – classics, jazz pop, you name it. I guess that is where that ‘undefined’ slap comes from. He does have a thematic line running through his works, but instead of repeating lines in the same order, Tiersen always throws in a shift, or even a wrench into his compositions, never repeating himself, but giving his compositions the quality of making the listeners aware that he was the one who composed them.

If that is the ‘sameishness’ some critics were talking about, I’m all for it, and in that respect, nothing changes on All. All over again, Tiersen incorporates almost anything he can into his music, like the bells on ‘Erc’h’, his constant threads this time around being different spaces where the music or certain parts of it were recorded, like the abandoned Berlin airport for the the opening theme ‘Tempelhof’ and the vocals predominantly sung in the Breton language still spoken on that part of the French coast.

Oh, and then we have the question of Tiersen’s music being called ‘too sentimental’. Let alone the fact that being sentimental should be a problem, defining something as too sentimental seems like lumping it along with too much of a good thing. Frankly, in the times when we actually have too much of a bad thing, some solid counter-balance is needed, and on All Yann Tiersen obliges to provide it. Yet again.