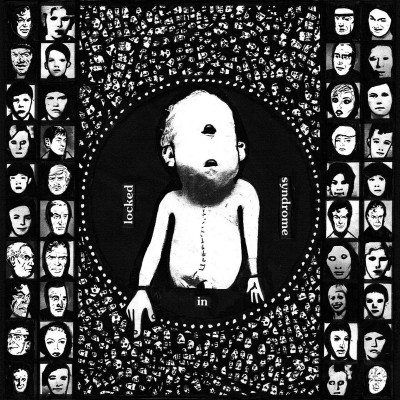 There’s something inherently moving when it comes to electronic music. It’s not obvious and at times the underlying theme is more serious than the overlying tone of the music leads the listener to believe. This is the case with the last release by Italian electronic producer, Willem Gator entitled Locked-In Syndrome.

The album contains six tracks that come in at almost 40 minutes of listening pleasure. As stated in the write-up for this release by Hidden Shoal independent music label, “Indeed, for Willem Gator, the journey is the destination – a lonely ride through night-time streets, where bright lights promise much and deliver nothing…”. I felt that sentiment at times throughout some of the tracks, more obvious with tracks such as ‘Standing on a street corner waiting for no one is power’ with its disconnected piano piece at the beginning of the track and synth lament in behind. The beat pushes the listener through until a change at the 1:32 mark brings continuity. The track’s funky beat and many layers make this a great track to start the album.

There are three tracks that really stood out for me on this album. ‘Af 16’, ‘Umbrella Revolution’ and ‘Closer’. Rather than write about all of the tracks, I will focus on these three for the rest of this review.

‘Af 16’, brings an awesome synth start with a great panning effect. It’s like fireworks between the ears. Love the synth swells throughout. The beat is driving and intense. Wait for the change at around the 3:58 mark. For me, this track is a mix of 65daysofstatic and Boards of Canada.

The beat in ‘Umbrella Revolution’ reverberates and I find the effect cavernous, it’s incredible. Great synth layers again, the track really makes you move. A pause in the track made me think it was over, but not so. It comes back with a different beat. More of a wet tone effect and a low growl. Great changes in this track.

‘Closer’ is a favourite for its driving beat and cool synth layers. This track also introduced a bit of guitar which definitely added another dimension to the track. The track is rich and full. A great way to end the album. I could listen to this track all day.

If you are in need of some synth and cool beats in your life, this is your album.