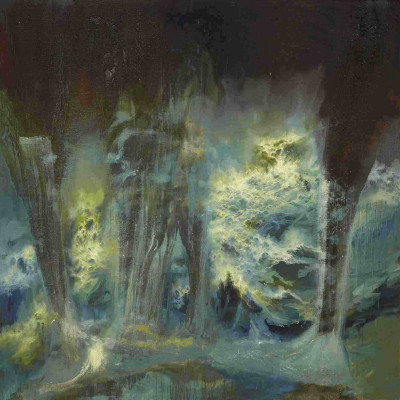 Considering how barren, inhospitable and truly awe-inspiring the French Alps (or any mountain range, for that matter) are, it’s a wonder that the region hasn’t given us more in the way of truly extreme music, but the fact that it has given us Epitaphe is consolation enough. The French four-piece released an extremely well-received demo last year, melding death, doom and black metal into an H.R. Geiger-ian chimera of misery, making the wait for their first full-length something of an anxious one. While much of I consists of reworkings of the demo’s three weighty offerings, alongside two new additions, it demonstrates enough of an evolution from the source to be a unique entity in its own right while remaining true to the foreboding gloom of the original recordings.

Of the three older compositions, it’s ‘Downward Stream’ that best defines Epitaphe’s approach, opening with a relentless assault on the senses that marries surgically precise drumming with twisting riffs that coil and uncoil like a pit of vipers. Though the vocals stay on the traditional side of things, from grunts and bellows to frantic, manic diatribes, little else goes according to any established script. It dips sharply into doom before rising with the odd majestic riff, picking back up with some skewed bursts of maddening genius and the whole thing sounds like it’s been recorded on board the Event Horizon, almost sickening with its strange sense of gravity and scale. Special mention has to go to opener ‘Smouldering Darkness’, though – at 20 minutes long, it’s a genuinely daunting prospect but as far as litmus tests go, if you can emerge from its funereal miasma with your curiosity still intact then you know you’ve tapped into something special.

In terms of progression from the demo, there is an increased sense of clarity and proportion that brings the frankly ludicrous scale of their compositions, as well as their affinity for truly out-there atmosphere, to the fore, and while their guitarwork might not have the flash or fury of death metal’s hardest hitters, it fits their stark approach perfectly. Of the new material here, ‘Reveries’ is a brief glimpse into more reflective territory, scattershot percussion and a folksy melody giving the record a welcome bit of mid-90s Opeth proggery, and closer ‘Monolithe’ more than lives up to its name. This is a truly transcendental work and could be an album within its own right, combining everything else on the record into a single work of sometimes haunting, often punishing and always ambitious death-doom madness. Epitaphe have created a debut that deserves respect and demands attention, something a universe away from genres clichés, gimmickry and politics. It’s simply monstrous and if you’ve become jaded with hearing the same riffs repeated ad nauseum, it’s a breath of fresh mountain air. 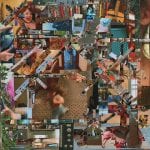