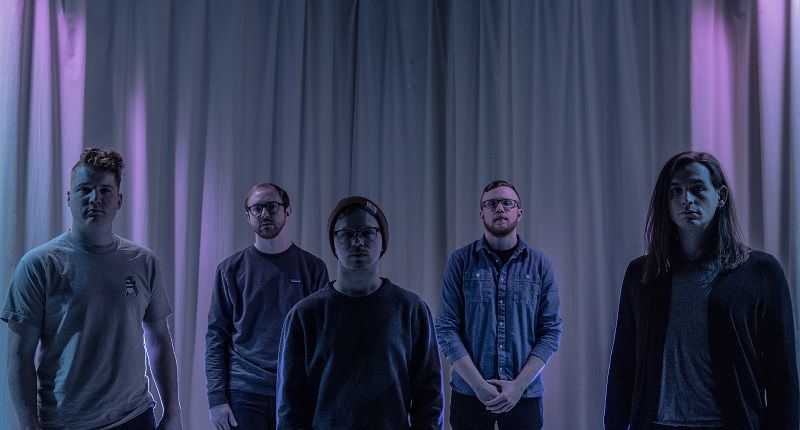 Pittsburgh based post-emo band Frame and Mantle are set to release their debut album Lost Under Nighttime Sky on September 13, 2019. For this ten-track album, principal songwriter and guitarist Brian Thompson explains how Pittsburg-based producer Matt Very, who has worked with Code Orange, Heart Attack Man and Swiss Army, assisted the band in pushing them into new sonic territory. “…Very was unafraid of pushing the band into new sonic territory, taking the arrangements the band had provided him and transforming them into something fuller. As an end result, Lost Under Nighttime Sky touches upon universal themes such as grief, self-doubt, and mental illness through a highly personal lens, all against a hopeful backdrop of instrumental crescendos and effortless melodies.”

Today we premiere the second single off the album titled ‘Steins Pillar’. The track starts out with a reverb-drenched guitar that is soon accompanied by the rest of the instruments and vocals. The instrumentation fits the lyrical flow on this track like a glove and hits the listener right in the feels. It is representative of the themes Brian mentioned above of self-doubt and mental illness.