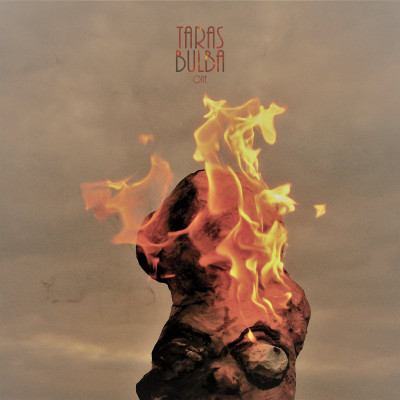 One by Taras Bulba

The final crash landing of Earthling Society earlier this year was something of an upset for those in the know. Never troubling the higher reaches of psych acceptance in terms of breaking through to any kind of level of success, to the initiated they were a band who truly understood the meaning of the word “psych” and everything it entailed. Chiefly a concern of Fred Laird and Jon Blacow, the band went through myriad changes and styles resulting in an outstanding run of album from England Have My Bones to the final Mo – The Demon. If ever a band went out on a high it was this little old band from Fleetwood.

Dissolved out of both a boredom with the same expectations and strictures of a so called space rock band, and with an urge to create outside the boundaries of any kind of genre, Laird and Blacow created the Taras Bulba moniker with an aim to explore more ambient and dub soundscapes. As far removed from the romanticism of the Gogol novel, there is, nevertheless, a cinematic quality to the music that has been created for their debut album, One, and although we may not be sound-tracking the surge of a Cossack battle, there is a certain argumentative imbalance in this music which seeks to challenge you. They may no longer be Earthling Society in name, but that continuing urge to disseminate music styles remains at an absolute high.

For some idea of what to expect from Taras Bulba, you may do well to seek out the recordings of Popol Vuh. That mix of electronic sounds and found sounds, mixed in with a displaced ambience is best heard on ‘Moroccan Waves’ which works on a repetitive eastern tinged riff, before dissolving in a haze of disembodiment and displacement. This is one of the more straightforward tracks on this album too, and the adventurous listener will certainly find more to stir the investigative mind.

The key to enjoying this album is being able to settle into the more introspective moments such as ‘On Mt Kailash’. Once you can do this, a whole world opens up before you as each track becomes an experiential journey into the inner space of your mind. The thudding drone of ‘I Had U Nuit’ provides some emergency as it develops into an enticing exploration of guitar driven space rock before developing into an explosion of trance like melodies, almost akin to Future Sound Of London. It’s an intriguing mix, and plays into the space between all those influences that Laird and Blacow have ever pulled from.

‘Rising Lazarus Blues’ takes another approach in that it delves deep into a kind of gospel blues psych. Whilst this is in no way something totally original, the way in which the track turns upon its head at the halfway point into an elegiac lift up into the heavens is something rather special. Even more interesting is the monotone acoustic picking of ‘The Neon Midnight’, which completes its reverential drone in a flurry of dissolving sounds. It almost makes the start of ‘The Yo-Yo Man’ sound tacked on just for alleviation’s sake.

That alleviation fear soon wears off as you realise that here we have the epicentre of the album with a track which on the surface may sound like one of those trance hippy style anthems you may have found at the bottom end of a field in Glastonbury, but once you explore deeper, understand a deeper fluidity between musical styles and influences that seeps into the crevasses of the track. By the time the titular Yo-Yo Man comes in within the vocals, you are one of the faceless dancing souls, thrusting your hands to the sky.

This emotion is kept going on ‘Goin’ West’ albeit in much shorter style which leaves you gagging for more. By providing a less is more approach, Laird and Blacow have opened up a whole world of possibilities with their new approach to music. Indeed, just by playing back England Have My Bones after one listen to this album, you can hear a progression beyond any kind of norm. Earthling Society had their day, and with it came one of the more interesting excursions for psych travellers, but with Taras Bulba they go further out and further in than they have ever gone before. A mindfuck of an album, which also allows for a complete reassessment of all the music that Laird and Blacow have created before.