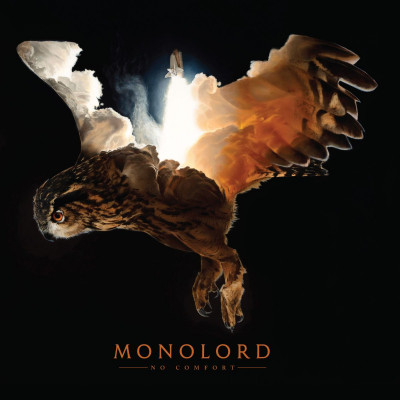 No Comfort by Monolord

What did Edmund Hilary do after scaling Everest, after he had become the first human to stand on top of the world? He walked down, had a rest, a cup of tea and set about branching out, using his name and stature to do good in the world.

To compare the wide-ranging and philanthropic life that New Zealand legend Hilary led to the career of a doom trio from Sweden may be a bit of a stretch. After all, Monolord have not brought running water and schoolbooks to impoverished Himalayan villages (yet). But I have started down this route, so I am going to run with it.

See, Monolord released what we called the Platonic Form of doom in 2017 with Rust, a gargantuan, affecting album that blew people’s minds. In a sense they were standing, in mirrored sunglasses, flared jeans and Satanic Feminist T-shirts, astride the roof of the doom world, if you will excuse the slightly overblown metaphor (I really liked the record, OK?).

As fans were still sweeping rubble from their flattened houses as a result of the thunderous riffs, Monolord announced that they would be leaving Riding Easy for Relapse – the reaction from their first label was sweet: “They grow up so fast” – and had begun work on a new record. Where would they go from there, we all (OK, I) wondered. How could they top Rust? Well, now we have the answer, with No Comfort. And the good news is that they haven’t tried to surpass Rust. They, like Hilary, have branched out. There are layered guitars – solos as well, a small increase in tempo here and there and (gasp) quiet moments. And it works. Bloody hell, this is a masterpiece.

But where to start? With Mika Hakki’s bass, which had been de-fuzzed a little yet still somehow enriched? Or the pockets of melody that if played without the heaviness would grace the best pop song? How about let’s start at the riffs. Specifically the ones that open the album on ‘Bastard Son’. They death-march over familiar territory, with a metronomic Sleep-like crusher that does the job of triggering the doom receptors in the brain (everyone has them, honest) without completely melting the face.

The opener serves as a gateway song – one put there to provide a bridge between past and present Monolord. You could play something off Empress Rising, their debut album, and ‘Bastard Son’ and the differences would be infinitesimal. But that is OK, because it serves the purpose of easing us in to Monolord 2019 gently, if extremely heavily.

Because ‘The Last Leaf’ follows and it opens a new door of doom. It is short – by Monolord standards – and fast (again, we are at a pretty low bar when it comes to speed here), with not one, not two, but three guitar tracks at one point: the familiar buzz of Thomas V Jäger’s flying V, a lyrical solo over the top and a plaintive acoustic strumming somewhere in between.

It brings a whole other dimension of melody to the music. And the lyrics are something else as well, as they detail environmental catastrophe. Bet you thought that with a title like ‘The Last Leaf’, it would be some paean to weed, a la Sabbath, didn’t you? Nope, this is Monolord. They care about serious stuff, as well as fat riffs and coffee.

‘Larvae’ begins with a clean intro before diving into a satisfying stop-start riff which drives it throughout its near 10-minute duration. A tip of the trucker cap is due to Jäger in this song, for the gorgeous guitar solo. The next two songs are yet more evidence that we’re exploring new sonic vistas with Monolord here.

‘Skywards’ has a time signature that makes me lose count and yet provides a groove to get lost in (Esben Willems take a bow) – and gives a nod to the catchiest tune on Vaenir with the lyric “I died a million times”. ‘Alone Together Forever Apart’ has a wistful intro and vocal hook that fellow compatriots ABBA would have been proud of (I am serious: as cheesy as Agnetha, Björn Benny and Anni-Frid’s legacy may be, they certainly knew their way around a heart-tugging chord progression).

The title track ends the album and it contains enough riffs, hooks and bleak lyrical content for an entire album on its own. Again, multi-tracked guitars give added tunefulness and heaviosity, while the stark solo midway through the song is haunting. And yes, we concede that all this talk of melody, layered guitars and vocal hooks may lead some to cry “sellout”. But believe me when I say this is as crushing as anything Monolord has put out before; it’s just that they have escaped (or at least adorned) the tyranny of the riff. They have branched out. Just like Hilary did.