(((O))) Review: MONO – BEFORE THE PAST • LIVE FROM ELECTRICAL AUDIO 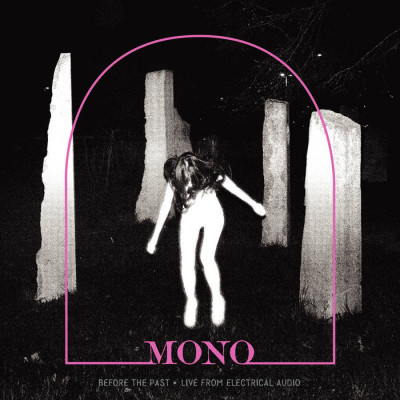 Before The Past • Live From Electrical Audio by MONO

The EP comprises new versions of ‘Com(?)’ and ‘Halo’ from their second album, One Step More and You Die (2002), and ‘L’America’ from their debut, Under the Pipal Tree (2001). The EP is (frankly) awesome and testifies to the strength of the band’s continuing relationship with Albini. The new cuts of ‘Com(?)’ and ‘L’America’ blow their respective album counterparts out of the water and this rendition of ‘Halo’ is a distinct improvement upon the original.

It’s tempting to overstate the significance of the veteran engineer’s involvement with the record (as sometimes happens with music that he records for other bands) and it probably makes sense that these recordings will sound stronger and more confident than the originals as they’re being performed by musicians with 17/18 years’ more experience under their belts. However, Steve Albini accomplishes his trademark feat of capturing the sonic power of bands’ live shows in a studio environment with full aplomb here, with the epic climax of ‘Com(?)’ functioning as a particularly noisy highlight.

All in all, this is a solid EP that shows just how much MONO have developed as musicians during their 20 years of existence, as well as providing a snapshot to the uninitiated of just how powerfully abrasive their live shows can be.