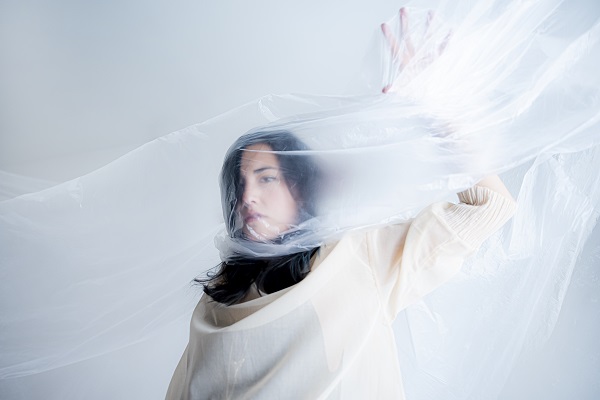 For this Under the Influence piece, we caught up with the artist Ai fen. You might recognize Ai fen from the Czech witch-pop duo ba:zel. Ai fen is her solo project and she recently released a track titled ‘As I Thought’. She gave us a glimpse into her world and we share it here with you today, along with her three influential albums, of course.

“Ai fen is my Other-ed Self.

When I began working on this solo project two years ago, there was no deliberation as to what I would call it. Ai-fen is my second name, given to me at birth as a counterpart to my first name, Ewelina. I was born in Poland to a mother Polish through and through and a father whose family had immigrated to Poland before he had been born from China. To this day Poland is very racially homogenous, I can only imagine how much more so this was in the 1960’s. It must have been very difficult for my father to navigate his identity, “visually” Chinese but growing up in a radically different culture which may have resisted any of his efforts to assimilate into it simply based on his evident Otherness. For me, my names always symbolized my Otherness as our family immigrated from Poland to Canada to the United States, and later when I moved to Europe alone as an adult. My siblings had all received anglicized versions of their Polish first names, but mine was spelt in the Polish way with a “W” standing in for the “V.” I dreaded each first day of school and the flurry of confusion and mispronunciation it entailed. Explaining that the name was Polish I’d get incredulous looks. I couldn’t be Polish because I didn’t look Polish. As a kid, it was deeply confusing because we spoke Polish at home, celebrated typical Catholic holidays with traditional Polish traditions and flew to Poland for the summer holidays. It almost felt like being Chinese was an identity only inflicted upon me by strangers. It didn’t help that this part of my identity was neither embraced nor discussed at home. If anything, it was some obscure part of my father’s world that I could not access. I listened mystified as he spoke Chinese with his mother and sisters. My cousins and I joked about how obvious it was when they were talking about us, our Polish names cutting through with razor clarity.

My Chinese name symbolizes a part of myself that has always been within me, but in a way that has often been confounded or repressed. Thus it seems like a fitting name for my solo project, where I am allowing myself to be unabashedly raw with, above all, myself. In my passport, Ai-fen is spelt with a hyphen, but I have decided to omit it out of the project name . In doing so I refuse the simplicity of hyphenated identities so often put upon the children of immigrants. To be hyphenated is to be implicated in a play of both prioritization and afterthought. Our identities are never so straightforward as to be placated with a hyphen. What they require is space.

‘As I Thought’ my debut single is about split personalities and split desires and the guilt we face when deprogramming lifelong patterns.”

Check out Ai fen’s dramatic and stunning video for ‘As I Thought’ below as well as the three albums that have also influenced her and her music. 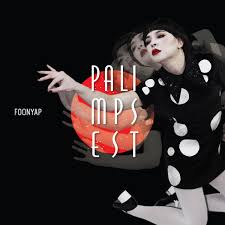 Three years ago while visiting my family in Canada I gave a friend a tape of ba:zel’s (my other project) SCENE 7 EP. The next day we met and he told me I should check out FOONYAP, an artist based in Calgary. He told me that something in my voice reminded me of FOONYAP’s music. I gave it a listen and was blown away by the depth, power and rawness of the music. I think that the friend who had recommended her to me had heard subliminal similarities between ourselves not immediately apparent in the physicality of the music itself. In embarking on my own solo project, I often would listen to FOONYAP’s album and marvel at how she is able to endow each aspect of her compositions with emotion, sometimes tender enough to bring you to tears, at other times terrifying in a way that makes you feel like you’re caving in upon yourself. Her use of the violin also amazed me, as well as its existence as a reference to her own confusing childhood. I listened to how she used the violin, going past the stereotypes of the instrument itself and incorporating it in startling new ways and used it as inspiration for how I used the flute, my own childhood instrument. For me, “” is an unfiltered confession that inspires me to delve into myself and create the work I am afraid to share.

How to Dress Well – The Anteroom 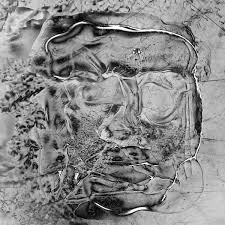 I love this album for walking around because of the incredible way all of the tracks morph. How to Dress Well starts with noise or soundscapes and leads you into techno, he brings you in with heartbreaking trilling vocals and finishes with lush layers of sound that make you think of burning jungles. Each time I listened to this album I felt inspired by how elaborate of a journey his tracks take you on. Compared to his previous albums, The Anteroom is more experimental, riddled with harsh sounds and risks. You can feel the urgency and uncertainty in his music, his voice is beautifully vulnerable and sometimes on the brink of emotional breakdown. Lyrically, this album is contemporary poetry tinged with a delicate scepticism towards the time. 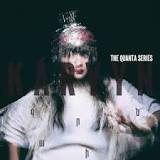 KÁRRYN’s sound design is without comparison. She was playing at a festival I was attending a few summers ago and in exploring the artists who would be playing there her track ‘ALEPPO’ immediately caught my ear. Although her voice draws heavily on rather mainstream pop vocal tendencies that I usually dislike, set against the textural landscapes of her glitchy, slow and thoughtful music it provides a jarring and intriguing contrast. Her full album is a collection of songs she has written over several years and I find it inspiring that she is unafraid to allow radically different tracks to appear on the same album. The way KÁRRYN works with sound has prompted me to treat production as an opportunity for sumptuous sound design, the mix becoming a second layer of composition. 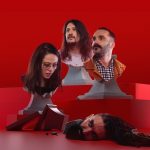