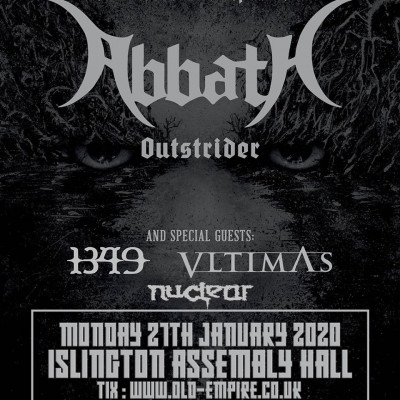 Before we go any further, let me state categorically that Abbath could not have pulled back from the brink any more effectively than he has done on this tour. For a bit of context, Abbath Doom Occulta – former frontman of Norwegian black metal legends Immortal – had to cancel his South American tour recently because of self-declared issues with alcoholism. Some fans laughed. Some declared this out of synch with the barbarian ethos of black metal (or some such BS). Most just hoped he’d pull through and get back on the road. Given that this, the Outstrider 2020 European tour, is his first tour since, the folk in this packed hall certainly hoped that. And it was clear from about three seconds in that he could not have done so any more beautifully. . .

But first. Vltimas are fronted by genuine death metal royalty, as you are no doubt aware. You can tell that David Vincent is a man with many years of touring under his elaborate silver-buckled belt, with a relaxed swagger and some comfortable banter to compliment his goth-cowboy image. Hammering in with the title track from their 2019 album Something Wicked Marches In, it’s clear that – as a major-label metal band – they can perfectly recreate the album’s sound on-stage, with Dave’s vocals cutting through with clarity and the band working together as a well-oiled machine. It’s a highly enjoyable album, certainly a grower.

“This is actually a love song,” Dave announces before ‘Monolith’, “about the most sinister creature I could ever dream of”, and rather surprisingly it’s one of their best tracks. Needless to say, this isn’t a lighters-in-the-air, Scorpions-style ballad: think Triptykon’s homage to Emily Brontë, ‘In The Sleep of Death’, and you’re not far off. It’s catchy yet still heavy, with some nice riff-twists, and Dave’s vocals are often discernibly clean yet still very much capturing his trademark growl.

By the time we get to ‘Last Ones Alive Win Nothing’, sixish tracks in, I realize that it’s easy to be blasé about big metal stars, overlooking how significantly Vincent’s vocals have diversified over the course of his career: he can still do the ‘Where the Slime Live’ type gurgling, of course, but he’s giving us a full spectrum of extreme vocals here, and making it all look very easy. Losing his knee-length highwayman jacket, Vincent is right up to the front of the crowd, punching the air and keeping everyone suitably pumped. In his Texan drawl, Dave also gets pumped up about the other bands. “What the fuck’s going on in Norway?” he asks ironically, praising trad black-metallers 1349 and “the master of disaster himself” Abbath, to wild applause.

‘Everlasting’, another stand-out track, is reminiscent of latter-day Mayhem circa. Esoteric Warfare, which showcases guitarist Blasphemer’s intricate, razor-sharp trem-shredding, while finally ‘Marching on’ goes all-out in the ‘apocalyptic set-closer’ stakes, with low, choral backing vocals, chunky bass chords, and a glorious, melo-death wind-down. Vltimas are unlikely to ever break the mould as did Morbid Angel back in the day, but they’re an extreme metal band of the highest order with an arresting live show – and I could ask for little more than that.

I think this is my third time seeing 1349, always a reliably solid black-metal band, playing variations of the classic Norweigan sound. Nothing more, nothing less. There is sadly no fire-breathing as they emerge on-stage tonight, but this crowd is so hyped-up to see them that it really doesn’t matter. Straight in with ‘Sculptor of Flesh’, something of a single from 2005’s Hellfire, 1349 are angry and energetic on stage, but somehow manage to fall a little flat for me.

I think it’s the overall sound, as I’m mostly hearing pummelling drums and vocals with little detail of the guitars, no matter where I stand and with or without earplugs. The Islington Assembly Hall holds metal gigs infrequently, but – with grand design and a wide stage – it’s a great venue for it generally. Vltimas were spot on, sound-wise, with a well-rounded heaviness that connected with you at the front as well as at the bar. So it’s a shame that 1349’s intricate and interesting guitars are so frost-bitten that they’ve all but dropped off.

Nevermind. We get ‘Golem’ (about two minutes of heads-down punkish aggression and frantic soloing) and ‘Slaves’ (a grander, classic track with weirdly reverbed vocals and winding, unpredictable riffage) from my favourite album, Massive Cauldron of Chaos, and some great tracks from the new record, The Infernal Pathway. Frontman Ravn manages to work the crowd effectively without losing his dour-faced kvlt credit – meaning that, by the time 1349 have concluded their 45-minute set, they could have been finishing a headliner stint at the Underworld.

Tonight, however, is all about our backgammon-faced hero. As if the huge metal logo wheeled out on stage didn’t announce his name loudly enough, everyone is screaming it before Abbath himself emerges on stage, resplendent in his battle armour. This is the man who launched a make-up competition for his fans and sells corpse-paint sets at the merch stand; and who parades around London, in full badger-warrior regalia, purely to troll normal people. Yet, especially given recent unfortunate events in South America, Abbath is not in a joking mood – somehow he manages to transcend his own self-parody (as he always has) and appears every bit the black-metal-hero tonight.

I was really hoping that I could record here how good Abbath was tonight, genuinely, without any worry that I was only doing so to help him get his show back on the road. Well look, they fucking smashed it, okay? They killed it. They demolished the Assembly Hall. They obliterated the crowd. Genuinely, with minimal hyperbole. From opener ‘Hecate’ to closer ‘To War!’ (by way of some strategic Immortal covers) the whole band tore through each of their 13-track set-list with a renewed ferocity, with barely a pause. The only brief allusion to Abbath’s recent struggles came as his lifted his water bottle to the crowd, joking with ironic swagger that “it’s great to be sober.”

Sounding loud and full from the start, the secret of the Abbath sound is their mixture of traditional heavy metal melody and song-writing with black metal nastiness. That, and the trademark rasp which no-one can resist. This all comes together so magnificently on tracks like ‘Hecate Pyre’ and ‘Winter Bane’ that they don’t need to bust through ‘Warriors’ or ‘Against the Tide’ to keep the old-schoolers happy, but they sound every bit as angry, as essential as the Immortal originals, if a touch warmer on the guitar front.

Given all the preceding brouhaha, it’s a shame that this tour has been marred a little by the revelations of former Abbath bass-player Mia Wallace, who recently announced that she had been unceremoniously dropped from the band right before they set out. Not that her replacement Rusty Cornell isn’t good – he’s great – but one likes to imagine a degree of professionalism, even in the wild waters of extreme metal. Still, that’s the music business I guess.

All that aside, the master of disaster has re-entered his kingdom in the mountain of black, and his recent struggles will hopefully feature as nothing more than a blip in a career of unending grimness. Abbath continues to rise with the shadows, at the mountains of madness, in his kingdom cold – as only the true black-metal badger-king can. 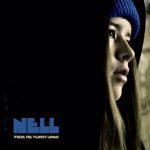 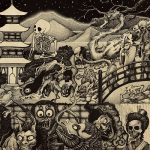 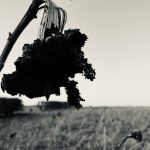