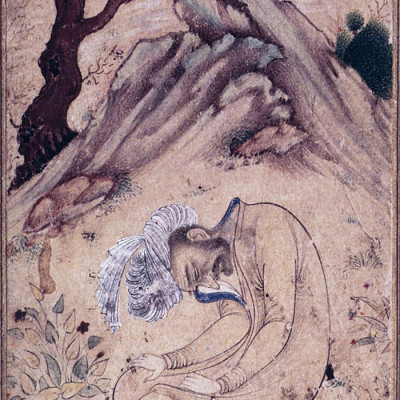 Last year’s debut from Taras Bulba more than proved that there was life outside the good ship Earthling Society for both Fred Laird and Jon Blacow, but most of all it opened avenues of exploration outside of the standard space rock route. Whilst Earthling Society were never a band to get trapped within genre descriptors, there was a certain sense that there were limitations in place. That has all been discarded now, and following on from the excellent One, we get Three Gates Dub, which offers two dub versions of tracks from that debut album, plus the addition of a new track, ‘No Deal Dub’.

Released as cassette only via Misophonia, although digital will be available on Bandcamp, Three Gates Dub expands on the ideas behind Taras Bulba and explores what can be done when you are not tied down to certain style. It’s rather ironic that they may go for the time-honoured “dub” versions, but by doing so, it does allow for a complete deconstruction of the tracks. From this, they then develop music which builds on the themes behind the last Earthling Society album which developed an original soundtrack for an old cult film. The very freedom of what a soundtrack can offer, provides the perfect palate for making music which is stepped in imagery.

This is where Taras Bulba work best and those expecting a cheap thrill or quick hit will no doubt be disappointed. By signing up to what they do, the awards are immense though, and Three Gates Dub is, in many ways, the better of the two releases so far. By de-constructing, they open up new avenues within the tracks which make for a terrific journey of the mind. Take ‘The Yo Yo Man’, which was a centrepiece track on One, yet here it is turned into an opening track which relies more on filmic ambience than the straight ahead vibe of the original.

‘No Deal Dub’ becomes a soundtrack for the post-malaise that has set in since the Brexit referendum, tapping into the political soundtracks that coloured the early 80’s. A ‘Ghost Town’ for the psych generation, this one takes its inspiration from the rhythmic notions of krautrock rather than Jamaican sound systems, although it imagery and metaphors cross cultural and country boundaries and tap into a human basic instinct to rally against the man.

Finally ‘Goin’West (A Joyful Dub Odyssey)’ unleashes the exploratory urge within Laird and Blacow as they stretch the track out to just under twenty minutes of sheer bliss. It’s a culmination of all the ideas that have led to the formation of Taras Bulba, the need to break new boundaries in their music, and to enable a future where new avenues of music can be explored with no restrictions. It’s a deserved triumphalism, and also one hell of a head trip, wrapping up a quite excellent release. We wait with bated breath to see where they head next.