(((O))) Feature: Under The Influence With The Academy Of Sun 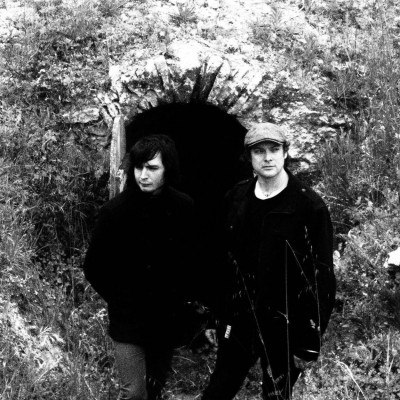 With the latest enigmatic addition to their esteemed recording canon looming just over the horizon, we took a moment to catch up with The Academy Of Sun’s erudite frontman, Nick Hudson, in order to find out which musical gales fill the billowing sails of TAOS.

Elegant, eloquent, and poetic as ever, Hudson’s tour of The Academy’s sonic foundations features some familiar faces and a few surprises that I doubt anyone could have seen coming (who expected quite so much Danny Elfman?). It’s safe to say that it’s got us all champing at a smorgasbord of bits for The Quiet Earth’s forthcoming release. Those of us who have been fortunate enough to hear it already know that something wholly magnificent this way gallops.

Oh and here’s the small business of their beguiling & disorienting video for new single – ‘Rose Devoid Of Form’ – for you to gorge yourselves upon too. So, enough of my blathering, hop to a-feasting your eyes ’n’ ears. 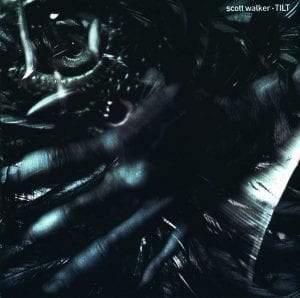 I remember first hearing Tilt in my third year of university in Wales. Having lapped up Scott’s I-IV my insatiable nature led me to explore if he’d released anything more contemporarily. As sure as night used to follow day before the pandemic, Tilt arrived two days later. My flatmate and I sat cross-legged on the floor, ‘Farmer In The City’ assaulting us with its fevered lamentation – sending me on an investigation into the works of Pasolini destined to endure a lifetime. That hallowed ascent in the chorus, the mournful, plaintive woodwinds and the glorious sensation of real air being moved by real strings – I remember driving past Air Studios with Graham Sutton a few years back and he pointed out that this is where the Tilt orchestra sessions took place. I nearly fell out of the car in awe. And then as soon as Pasolini has been duly grieved for, ‘The Cockfighter’ trickles into view with its unholy ambience of groans and clicking before scaring the living shit out of you. “Do you swear the breastbone was bare.”

Tilt – because it was the first of Scott’s late-period works that I discovered and thus the most jolting in terms of how things could be gone about. And because in its lyrical ambition and scope – invoking a lurching spectrum of atrocities and absurdities with the music ‘dressing the set’ – I felt witness to the gift of a super-charged green light in the pursuit of both form and content, lyric-wise. Beckett, Giger, Bacon, Brecht and Antonioni compressed into fifty-six minutes of widescreen, transcendent hell.

Track choice – ‘Patriot’. We performed ‘Patriot’ as part of a Scott programme we curated in London in 2019 in the wake of his passing. 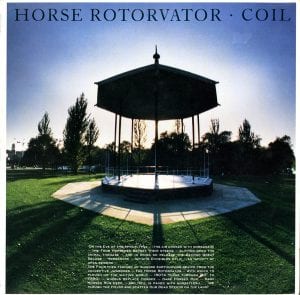 My second selection also honours Pasolini, but rest assured that’s not the sole qualifier in my consideration. Coil embodied queer, esoteric, goth transgression like no other save for perhaps Diamanda Galas (see Peter Christopherson’s brilliant video for the latter’s ‘Double-Barreled Prayer’). Jhonn Balance”s seductive, visionary incantations crooned, shrieked and gibbered over the Promethean engine of their industrial, glitching beats, ritualist field recordings, granulated samples and every manner of thrashing voodoo, all filtered through the molten drip-tray of old Soho. What’s not to fucking love? ‘Slur’ and ‘Circles Of Mania’ are two of the most slaveringly lubricious and unabashedly GAY temples of song at which I’ve ever taken communion. The Academy Of Sun is a pretty damn queer band and a lot of this derives its permission from Coil, who – staggeringly – were making this stuff under the queasy, murderous shadow of Section 28 and Thatcher (still dead.). Their allies were the likes of Derek Jarman, Marc Almond, Galas and co – and the imprint upon us all of this particular DNA bundle is seismic. Also Balance died on my 23rd birthday. Those who know, know. 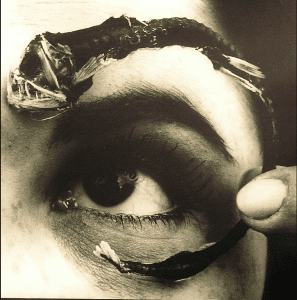 No Pasolini here. But some Poe, courtesy of bassist Trevor Dunn’s thrash-exotica monstrosity ‘Carry Stress In The Jaw’. If the Batman Returns OST were the first cassette I ever bought – and believe me, Kianna Blue (TAOS bassist) and I deliberated upon including Danny Elfman’s Oingo Boingo* here – then Disco Volante was my first CD, acquired at thirteen years of age. I’d already cross-addicted from Guns ‘N’Roses to the more disturbing pleasures of Faith No More, so when I heard tell of the grail elixir in the form of Mr Bungle, I swooped, crowing, on the day of release.

It smashed me into a thousand perturbed, titillated shards, scooped me up and reconstituted me down the road of Zorn, Tzadik, Kayo Dot, Secret Chiefs 3 – an unholy nexus of maverick compositional visionaries, some of whom I and we are honoured to collaborate with on occasion.

Disco Volante still holds up as a singularly obstinate, impenetrable, captivating and fucking mental work of harrowing genius. As though somebody kidnapped the 2001 obelisk, dragged it through a paddling pool full of giallo antagonists, Ray Harryhausen offcuts and hammond organs teased from the bottom of the Mariana Trench, took it to Warner Brothers and said ‘here’s our fucking record’.

Before the whole world powered down, I was very fortunate to see the Mr Bungle reunion shows in New York this February. Incredible.

Track choice – ‘Desert Search For Techno Allah’ – for Trey Spruance’s utterly evil guitar tone at the outro which evokes the Iraq prologue from The Exorcist so vividly it pricks the skin.

The Quiet Earth is released on June 19th.

*In the interest of our honourable nod to Oingo Boingo, William Winant, percussionist extraordinaire, played on Disco Volante and on the Batman Returns OST (including Siouxie’s ravishing ‘Face To Face’) as well as in an early incarnation of Boingo. At the risk of stretching our remit, nous chef proposon everyone listen to the album Dark At The End Of The Tunnel, particularly ‘Skin’ and ‘Out Of Control’. KTHXBYE.