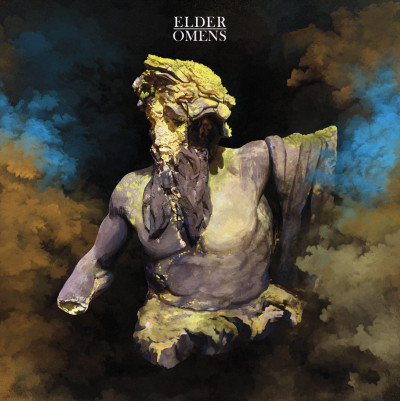 There is a bitter irony to this review: around seven intros were written – from the flippant (Why did the prog ramen shop go bankrupt? Too many noodles) to the frustrated (aaargh! Just commit to one riff!).

The irony of ditching a zillion concepts on how to begin a review is rooted in the following: Omens boasts some tremendous musicianship and is chock full of ideas. But therein lies its problem. It needs the good ideas to stick around for a bit. Just as you are getting into the groove of one riff or passage, it handbrake-turns into another one, or a guitar solo, or a whimsical keyboard interlude. And in between the riffs of consequence is a heck of a lot of jamming. Extremely well planned and complex jams, but ones that could have benefitted from an editor. Because between the changes and jams…  it is difficult to say this but… we lose interest.

We should have been wary to this; after all, Elder’s previous ‘proper’ album, Reflections of a Floating World, was a gigantic work of lengthy songs that blasted off into the outer realms of progressive stoner rock. There were times that the listener was unsure where they were in the entire trip. Which, as many will agree, is not necessarily a bad thing. But then they threw us a curve-ball, with 2019’s The Silver and Gold Sessions, which added elements of meditative krautrock to their sound – along with an increase in the use of trippy keyboards over languid instrumental improvisations. Hopes were high (from my ears at least) that they would continue down this road. After all, over their career they have shape-shifted to a great degree, so might they carry on down the ancient paths first mapped out by Manuel Göttsching, Can and Kraftwerk?

Nope. Not for the most part anyway. I mean there are parts which reflect a slight progression away from prog-stoner tropes – the synth solo in ‘In Procession’ is worth repeated listening – but even with the addition of a new guitarist in Michael Risberg and Georg Edert on drums, the whole thing just doesn’t really stick in the mind. There are five songs on this, with all but one breaching the 10-minute mark – and yet you can get to the end of it and it instantly evaporates.

There are a couple of passages from the opening title track, but they don’t stick around long enough for us to fully appreciate them. It is one thing having a 10-minute song which is largely instrumental, but the length is redundant when tempos, riffs and timbres change every few bars. That said, the pulsing synth and half-speed Motorik beat that form the first four minutes of ‘Halcyon’ are wonderful. Then the bludgeoning guitars thunder in and with Nicholas DiSalvo’s bellow were are thrown back to more of what has followed. The keyboards return, joined by guitars this time, as an evocative closing stanza which redeems the song somewhat. ‘Embers’ on the other hand, is straight-up-and-down rock. With really, really long solos and some ham-fisted lyrics. And it kind of meanders, thumping out riffs like a production line of muscle cars, until the final two minutes. Then it finally gets interesting.

I really, really wanted to like this album. Reflections… had its moments, especially when you’re in a contemplative mood and do not need to move for an hour or so. And The Gold and Silver Sessions sparked with the energy that comes from a band in synch and that enjoys every moment they have. And there are some good bits on it. The ones mentioned above and the long fade-out in the final track, ‘One Light Retreating’. And this album’s production and tone cannot be faulted. It sounds incredible, with some clearly gifted musicians (including guest keyboard player Fabio Cuomo). So it is sad that they all came up with something that is so unmemorable. 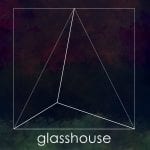