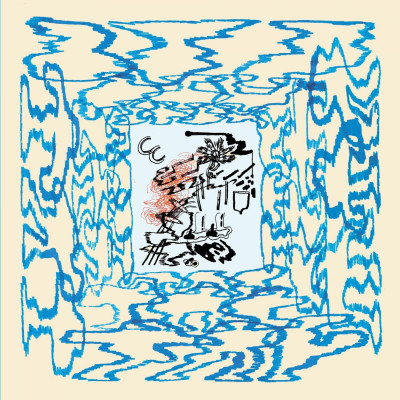 Standing out of the psychedelic scene as purveyors of finely crafted dream pop, Holy Wave have ridden their own crest for a while now garnering support from fans and critics alike. Gloriously melodic, their music takes the listener on a blissed out trip with the emphasis on lifting the soul rather than blotting out the mind. Full of 60’s Brian Wilson sheen, but bathed in a contemporary synth soaked atmosphere, they now aim to go one step further with new album Interloper.

Interloper almost sounds like a statement of intent from the band with the glistening shards of ‘Schmetterling’ wasting no time in casting it’s synth heavy glow over the listeners ears. This is just for starters though and its when the thudding bass of ‘R&B’ kicks in that the party truly starts. A morbid crawl which blossoms into an orchestrated wall of sound, it harmonies providing a very human side to it all.

The title track builds on this emotional impact as it’s light sway evokes the magic of early Pink Floyd. That’s where comparisons end though and as the searching rhythm of ‘Maybe Then I Can Cry’ unfolds into a cavalcade of pounding keys and droning synths, it becomes the sound which Holy Wave have strived so hard to claim as their own.

It’s a weird album as although it is just 45 minutes long, each song seems to elongate as you get lost within its charms. It’s ethereal beauty drops a veil over your day and takes away any stresses, inviting you into a world of hallucinatory beauty. The mantric chant of “ecstasy, energy…” of ‘Escapism’ becomes the focal point of the album, serving as a key theme to grasp as the swooping melodies of ‘I’m Not Living In The Past Anymore’ explode outwards in joy.

‘No Love’ brings in some saxophone in it’s climactic end which adds a new dimension to the album and as the urgent stab of ‘Hell Bastards’ begins you sense a band unwilling to stay in one place for too long. The metronomic beat pulsing its way through the strobe filled half-light as avenues of sound open up and cast off in different directions. It’s a thrilling moment and a highlight of the album.

That shifting of gears heads full throttle into ‘Buddhist Pete’ which is a real “hands in the air” moment as the music embraces the hedonistic crescendo of life in joy. It’s the peak that the album has been building to and it’s only left for the quieter ‘Redhead’ to usher us out. There is a cinematic quality to the song and it fits well in a perfectly sequenced album. With their new album, Holy Wave have created not just an album of divine dream pop, but also one that asks questions and also seeks to expand your inner mind. For an album almost devoid of guitar its intriguing that the squalling guitar on the closing song becomes a defining feature. An excellent album from a band who have come along in huge strides.