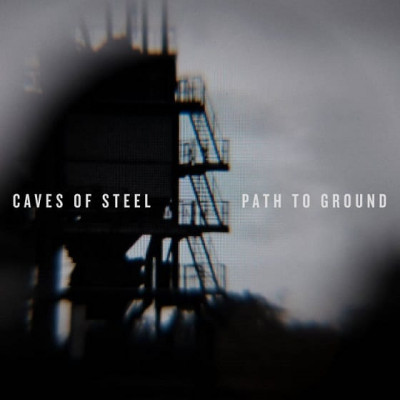 Path To Ground by Caves Of Steel

Oslo Post Rock band Caves Of Steel are a new name to me, Path To Ground is their latest release and the combination of melody, metal and tentative forays into other genres makes for an intriguing and very satisfying listen. Whilst the quartet of Magnus Farkvam (bass/guitar), Gaute Johansen (drums/percussion), Inge Jorgensen (guitar/electronics) and Jon Henrik Bjornstad (guitar) aren’t breaking any new ground, their sound expertly showcases a wide range of influences.

The chunky guitars on opener ‘Geist’ rip out an upwardly progressive chord sequence like Russian Circles in full flow. Gaute’s crisp drums give the song a sturdy bounce and it’s a very fine slice of melodic post metal. As the track winds to its conclusion it develops musically and expands into softer textures indicating that Caves Of Steel also work with lighter shades. Languid clean guitars shimmer on the downbeat ‘Still’, like calm waters lapping a shoreline. The track follows a song-like structure with a ‘chorus’ of a lovely melodic guitar line. The textures in the quiet sections have marvellous depth and warmth to them, reminiscent of the more mature sounds Mogwai have been gracing us with. As the song swells into something more aggressive the guitars fizz with electrified energy.

Essentially segued from ‘Still’ as the guitars don’t drop off at all, ‘Tabula Rasa’ is an expansive and melodic track that mercifully takes a breath half way through, to explore some quieter dynamics. The hefty chug of the first section reminds me of Pelican, though they wouldn’t normally be creating the sort of glorious melodies that the track ends with. ‘Wicked Bits’ employs some skittery electronic beats while a whirling guitar loop menacingly hovers. As the track moves along, grinding up through the gears, you get to really appreciate the wide range of influences the band have in their writing. There are celestial passages recalling progressive rock elements and the thoughtful interplay between those and the metallic sections makes for a thrilling ride.

On ‘My Future is Bright’, uplifting guitars turn the atmosphere another direction, the beats become neat and crisp, almost poppy, and the hues of dark metal are completely eschewed. Van Halen synths swirl around and the music is cheery and optimistic. When those soaring shimmering guitar lines slink across this backdrop you can’t help feel joyful elation. ‘Oneiromancer’ begins like a quiet early Mogwai track before kicking up a seismic shitstorm of choppy metallic guitars before drifting into a passage of multiple styles and genres. The band take you on a journey round the continents, picking up little vignettes of worldly sounds. Before it fades to it’s end we get lush piano to ease our troubled minds. Having said that, the track feels a little disjointed compared to the concise nature of the other tracks on the album.

Closing track ‘The Choir Invisible’ is a beautiful and melodic track that has elements of Explosions In The Sky. The track has windswept and epic written all over it and that’s fine, as this is the band saying goodbye in glory. As the song steps up in tempo the swelling guitars and crashing cymbals follow an often used formula, but when the production is as good as it is here, you overlook the familiarity.

As I mentioned at the outset, Caves Of Steel are a name I hadn’t heard before so I delved a little into their back catalogue to gauge their progression. Path To Ground certainly shows a marked upturn in sounds, not that the music wasn’t already good. I daresay the band will certainly develop this sound on future releases and I look forward to hearing those too.