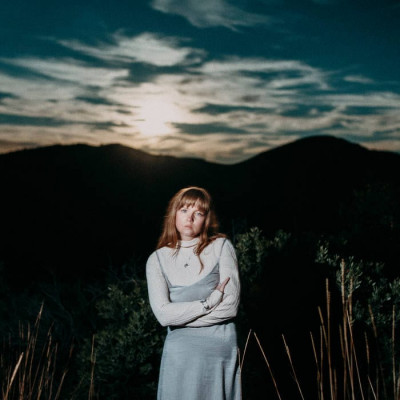 Whilst Courtney Marie Andrews may be a name more familiar with country listeners, her steady evolution has seen her music slowly morph into the a more alternative existence where it collides into the song-writing prowess of the Laurel Canyon greats. Her vocals may continue to evoke that sweet home charm of the country, but lyrically and musically she has moved ahead in terms of anything that Nashville could offer.

With the release of her seventh album, Old Flowers, she continues her maturation into singer-songwriter par excellence, as she follows on from her breakthrough Honest Life, and follow up May Your Kindness Remain with an album which has been driven by the heartache of breaking up. Rather than use it as a tool of maudlin revenge or needy pity, she uses the songs as a mirror on herself, and as such these represent some of the most naked and revealing songs that she has committed to tape.

Not that we are not quite in Joni Mitchell Blue territory yet, but there is a certain resonance with some of these songs which fits in well with that classic moment of wide open soul-searching. Musically, Andrews strays closer, as she leaves her country roots behind for a much more weird Americana. The lap-steel is still there, but also a more swampy sound evolving at times in a spiritual drone. There are moments of avant-garde sonics and chamber music which reflect the turmoil of Andrews feelings, whilst lyrically she returns to flowers as a metaphor for a dying relationship.

Highlights are aplenty, but of note is the acoustic guitar shuffle of ‘If I Told’ which is interspersed with jazzy piano flourishes before finding its way into a Wilco-esque moment of alt-country. ‘Together Or Alone’ plays the music against the angsty vocals providing that beautiful emotional resonance with early Joni Mitchell. It carries a resolute classicism which carries itself forth into the swooning title track, which is a moment of both heartbreak and resolve to carry on.

That weird Americana vibe is noted throughout, and particularly on ‘Break The Spell’ which carries a heavy, almost reverential church organ vibe. She may have removed herself from her country roots, but there is no denying the power of nature which drives her out into the real country where the churches lay abandoned and the hay-bales left to rot. It’s a darkness that hasn’t been there before, and hints at even more interesting times ahead from her.

Since her breakthrough release with Honest Life, Courtney has remained resolutely herself but her music has advanced considerably. Those country roots may remain strong and you can almost smell them on opening track ‘Burlap String’, and whilst she continues to embrace this, she also finds time to use it as a step to moving forward. It’s this unique mix which makes her such an interesting artist and with Old Flowers she firmly sets her place as one of the prime movers for Americana music right now. Another excellent release from a singer-songwriter who continues to develop at an exceptional rate. 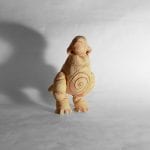