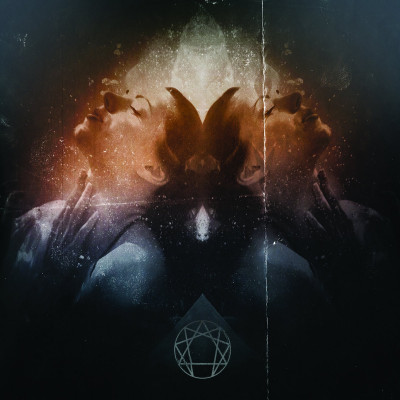 The first American band to be signed to the New Heavy Sounds label (Blacklab, Vodun, Sky Valley Mistress, Mammoth Weed Wizard Bastard, plus others) is Birmingham, Alabama quartet Embr (pronounced Ember). Their debut 1823 had me delving into the history books expecting to learn it was a pivotal year for sorcery and witchcraft or other such clichéd doom inspired topics. Of course, I should have known better, the NHS record label doesn’t dwell in stereotypes, but are instead masters at finding bands that delight in finding hitherto unexplored nuances in heavy fuzzy music.

After then reading the accompanying press release, the album’s title is in fact a far more sobering inspiration. Embr have dedicated the album in honour to the deceased kidney donor and surgeons at the Vanderbilt Hosptial in Nashville for a successful operation on drummer Eric Bigelow after a four year wait. All Eric and his spouse and vocalist Crystal Bigelow know is the donor was between the ages of 18 and 23. Hence the album title. This also signals Embr’s style of doomy heavyocity is very much in the here and now.

‘Prurient’ kicks things off with a densely heavy controlled grinding stagger. A string bending sounding riff by guitarist Mark Buchanan sets it into gear for an absorbing entry. But there is an extra powerful uplift to Embr courtesy of Crystal’s sharp, crystal clear (pun intended), amazing tonsil delivery, which sees her possess the ability to sway between the occasional required grit and effortlessly sounding, soaring glacial toned heights.

In similar, but no less fine style, is ‘Where I’ve been’ as it also crushes with a very fine tightly packed rhythm section (Alan Light on bass alongside Eric) and a sturdy down-tuned riff. Heavy self-reflection and a dark mystery lie at its core as Crystal croons “this creature within, it’s running through me, who knows where I’ve been”, as “the anger pours out from the inside”. This quality assured, absorbing slow-grinding head nodding doomy toned metal, recalls fellow mighty and compelling Americans Windhand.

The band’s ability to weave skilfully crafted dextrous finger picking guitar touches with the shifting sands of various strands of heaviness is exhibited in ‘Stranger’. Not only one of the album’s strongest slow burners, but also possibly Crystal’s finest vocal performance as well. Embr’s knack to transcend into crushing epic doom is hinted at in the latter stages of ‘Where I’ve Been’. In vinyl language, by the time you get to the second side, 1823 is dripping in hefty doom grandeur with the impressive range and power of ‘Your Burden’ while’ keyboard embellishments glide in the monumental ‘Eyes Like Knives’.

There is a sure sense of melody within Embr’s finely crafted walls of sound, but they are powered beyond the conventional verse chorus structures. As is mostly the case in music that stretches out further afield from traditional song-writing conventions, it is largely steered by mood, atmospherics, and in Embr’s case, Crystal’s astonishing vocal delivery, backed by a thoughtful slow heavy groove. The outcome then is it does require some attention before it eventually washes and seeps into you, and hooks you in, as it has done with this reviewer.

It is with great satisfaction then to announce Embr are another fine addition to the welcoming expansion of bands in recent years bringing a freshness to metal’s dark and doomy tradition. If your ears have been tantalised by Windhand and High Priestess then I urge you to let some Embr into your life. 1823 is an impressive debut.