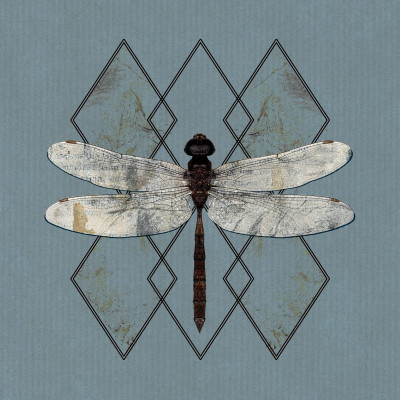 Bloody hell, this record makes you think. Yes, believe it or not, a heavy record that does more to your brain than batter it into submission. This album has the gift of smacking the listener around the head with glorious noise and big ugly riffs – the kind your neighbours hate but make you cackle with glee – and yet it contains ideas and words that light fires in your brain, which will smoulder for days.

Ohhms are no strangers to Big Ideas. Their most recent record, Exist, was a visceral manifesto against animal cruelty, wrapped up in enormous slabs of heavy, heavy music. Before that, with The Fool, they delved into the occult, while taking a small detour into a tender love song. Both records were excellent, while requiring long attention spans (I say that as a compliment). With Close, fittingly adorned with a dragonfly – an insect which has been around for millions of years yet only spends a fraction of its life as a fully formed, functioning adult – the band get to the point rather more quickly than we have been used to.

Vocalist Paul Waller has said this album is more autobiographical than Ohhms’ previous efforts – but lyrically it speaks to anyone who is infuriated with selfishness, stupidity and a general lack of empathy which seems to be a hallmark of people in the 21st century. Not to say that humans were much better in the previous millennium, it is just that they didn’t have the means of instant communication to peddle their tripe.

Sorry, I digress. Back to the riffs. Close kicks off with ‘Alive!’ (incidentally the name of Waller’s favourite Kiss album) and it begins with a winding guitar riff, before a feedback squall that sounds like a 70s car-chase skid stops the hippy stuff in its tracks. And the loudness begins, first with a wall-breaking section, then a tumbling drum-led maelstrom, then back to the head-banging via a reference to the Rolling Stones and Bill Withers (really!). Then it really kicks into gear, with the following line, which is, quite frankly, fantastic: “I am alive! Watch me thrive. The antithesis of analysis of a hundred thousand tribes.”

It is oblique, vague and yet it is so smartly dumb that it deserves to be classed as poetry. That it is bellowed with an accompanying Bloody-Loud-Guitar set-up is the icing on the cake.

‘((Flaming Youth))’ follows the five-minute opener and it is one of two short, spookily ambient songs. This, and ‘((Strange Ways))’ are both proof that heavy bands don’t need to crank it up to 11 in order to pin you to the couch with fear. ‘Revenge’ is the longest song on the album and yet it does not breach the 10-minute mark. In Ohhms’ previous albums long songs were a regular occurrence, but this time around the band were adamant that they had done all they could with extended, progressive think-pieces. And even though ‘Revenge’ is not exactly at the radio-friendly end of the duration spectrum, it still gets to the point pretty swiftly. Having said that, the crescendo towards the end, from a clean bass line, through fragile guitar notes, all the way back to big, bombastic riffs is all that we would want from a thinking person’s heavy band. And once the band is in full flight, the sixteenth notes of the bass player underpinning it all are awesome.

The final three songs come across as an expression of a man’s uncertainty about where he fits in to the world. ‘Destroyer’ is centred by a chant of “There is no God, there’s only gods”. ‘Asylum’, a whirling dervish of a song of under two minutes long contains an all-too realistic re-imagining of the 1960s novelty song by Napoleon XIV, ‘They’re coming to Take Me Away’, with the devastating line “They’re coming to take us away my friend and there’s no one else left to blame.”

‘Unplugged’, meanwhile, serves as a release, both musically and lyrically. It is anthemic in the best sense of the word, with the chorus of “I never said I didn’t want it, but nobody asked” backed by a melody that makes the listener close their eyes and adopt the crucifixion pose spontaneously. It is that good. It – and the rest of the album, come to that – would be heart rending if it wasn’t accompanied with such excellently cathartic heavy music. Even so, it still makes you think. Whoever said metal was dumb was very, very wrong.