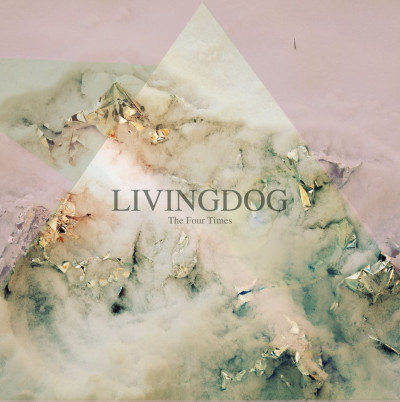 The Four Times by Livingdog

You really have to be a brave artist to take your inspiration from a film, any film, and turn it into music. First of all, you have to make some sort of a connection to the film and its content, while taking consideration of the original score (if there is one). On the other, it still has to be ‘something else’, show where the inspiration lies, but give it another, personal dimension. Corey Parlamento, songwriter, and multi-instrumentalist is obviously one such artist.  He took his inspiration from the Italian film La Quattro Volte (The Four Times, so no changes there) by Michelangelo Framartio. In the film, an old shepherd lives his last days in a quiet medieval village perched high on the hills of Calabria, at the southernmost tip of Italy.

Doesn’t exactly sound like much of an action movie, as it actually, according to Livingdog “explores parallel themes such as birth and death, impermanence, interconnectedness, and reincarnation.” As explained in words, it all sounds like pretty heavy, static stuff, that would be prone to some very avant-garde, experimental stuff. Sure, why not, but can you make that stuff still palpable to a more general audience, at least the one that is weaned on post-rock/ambient side of things.

Well, according to Parlamento you can, and through the eleven movements on the album, he actually proves it! “Even though the thematic elements of the film are very big and heavy, they are approached with simplicity and matter of factness that left me feeling humbled and almost lighter than when I went in to watch it,” adds Parlamento, and that is exactly the approach he takes on the album.

Essentially, the more you present complicated stuff in simpler terms, the easier it is to understand and be accepted. While Livingdog’s sounds range from ‘simple’ ambiance to more avant-garde scales at times, he manages to present his vision in a coherent way that is not taxing to the ears of any listener, like say on Theme 7. No matter how complicated the subject matter is, Livingdog is able to present it in musical terms that can be acceptable by any listener.