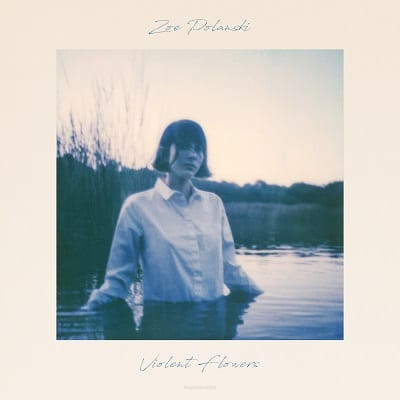 Something wonderful has happened from the landscapes of Haifa. The third largest city of Israel that is built in tiers that extends the Mediterranean up North Slope of Mount Carmel. And her name, is Zoe Polanski. Zoe comes from a musical family as she sought to find an early escape from the outside world. While her family came from the worlds of both Jazz and World music, Zoe became interested between lo-fi sounds and ethereal atmospheres.

After her service in the Israel Defense Force, she moved to New York to record with a band called Katamine. She returned home by settling in the multi-cultural hub of Tel Aviv. She’d become more interested in the electronic and ambient sounds that the city was creating. Zoe decided to create movements, experimentation’s, sound designs, and moments in time.

She begin performing live by supporting acts that include Swans, Tame Impala, Mark Kozelek, and Alessandro Cortini to name a few. With help from Hungarian filmmaker Bela Tarr and cinematographer Fred Keleman, Fred was really impressed with Polanski’s style, he hired her to score his 2017 film, Sarajevo Songs. Alongside Keleman, she’s done scores for films such as Eyal Diaz’s Hidden Face in 2018 and Idan Haguel’s 2015 film, Inertia.

But she’s more than just doing film scores, she’s released her debut solo album on the Youngbloods label entitled, Violent Flowers. Recorded between 2018 and 2019, Violent Flowers I believe was two years in the making for Zoe to bring her debut to life. And with help from producer Aviad Zinemanas, they combined the textures of shoegaze and ambient music as it is brought to life by opening up the doors to reveal its true glory.

‘Ya’ar Bein Olamot (Forest Between Worlds)’ had this watery melodic structure with shimmering beauty that has a surreal Eno-esque landscape while ‘Humboldt Current’ reveals the synths going up and down with a mid-rising effect featuring some backwards tape effect on the day after the romance has gone horribly wrong. And then on ‘Closer’ Zoe channels the masters of the Krautrock genre tackling their fourth studio album, Future Days by CAN. It has these chugging rhythmic beats, relaxing grooves, with Zoe tipping her hats to both Jaki Liebezeit and Irmin Schmidt.

‘Pharaoh’s Island’ is like swimming in the coral reefs of the red sea with a little bit of an electronic country vibe that is interesting and out of the blue to feature some pedal steel guitar-like sounds. ‘The Willows’ continues the relationships gone horribly wrong story structures. With a nod towards Sweet Billy Pilgrim as if he’s continuing where David Bowie had left off during the Low sessions with Talk Talk lending Billy a helping hand in the background. You have these intense bass picking lines as the noise grows rapidly, The midsections become this violent outcome during these heated confrontations. ‘Apple Hill’ sees Zoe travelling into the Land of the Rising Sun.

Guitar playing on a loop, you can feel some rapid climbing towards the synths as ‘Slopes’ features her channeling another legend of the electronic maestros, Tangerine Dream. It sounds like it was recorded during the end peak of the 1970s during their time with Virgin Records as Zoe returns into the watery sequences by making it sound like the forest. And do I hear mellotrons in there as well? If so, she’s hit a home run.

Violent Flowers is a spectacular debut release from Zoe Polanski. She’s come a long way to come into the light by bringing something that is not just amazing, but like a flying butterfly to soar through the skies. What really got to me was how she crafted her arrangements very carefully as if she was making her own film to life.

While this album will grow on you, Zoe is only just getting started. So be prepared to embark on a dreamy, surreal, strange, and hypnotic landscape that is something you’ve never seen before. And as CAN’s Damo Suzuki would sing, “Your flying Paperhouse/Reach out for the sky.”