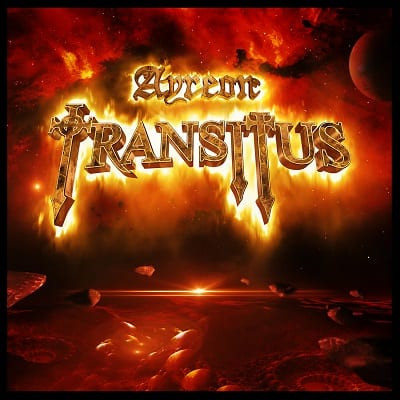 It’s been three years since Ayreon has unleashed another project. For Arjen Lucassen, he’s been a very busy, busy man. Whenever it comes down to Ayreon, you never know what to expect from the master himself. Whether it’s at the Electric Castle, The Human Equation, or The Theory of Everything, it’s always a mystery to see what Arjen will think of some brainstorming ideas that he has in his head.

This year, Lucassen has scored something big in 2020 during this Quarantine momentum with the release of Ayreon’s tenth studio album entitled, Transitus. Now this isn’t part of the other universes from the previous albums, but it is a different story that goes beyond. It takes place in 1884 as it deals with greed, betrayal, prejudice, and envy.

While it is a science-fiction story set in the 19th century, Arjen took inspirations from films such as; Ghost, The Others, and The Changeling. And to be allowed to have an all-star cast that includes Cammie Gilbert (Oceans of Slumber), Simone Simons (Epica) Joe Satriani, Marty Friedman (Megadeth, Jason Becker), Tommy Karevik (Kamelot), and Dee Snider of Twisted Sister to name a few. They knew they weren’t just being a part of a project, but some that are returning and some that are being a part of the Ayreon family for the first time, shows the loyalty that Arjen has with the people that he grew up listening, watching, and understanding the characterizations with his story textures.

With incredible narration by Tom Baker, best known as the fourth incarnation of Doctor Who, it just goes to show you that you are in for an amazing treat. And as David Bowie’s disclaimer mentions in his fifth studio album, The Rise & Fall of Ziggy Stardust and the Spiders from Mars, Transitus is to be played at maximum volume.

‘Get Out! Now!’ Dee Snider’s intensive vocals as the father who looks at Daniel as if he was a piece of dog shit that was stuck on his show after having an affair by one of the servants named, Abby, shows that this is one person you do not want to mess with. Dee’s voice has this theatrical boundary that crosses between Alice Cooper and Van Der Graaf Generator’s Peter Hammill.

Part of the finale features some organ driven riffs, drums setting up the confrontation between father and son as the sound becomes this cross-over between The Who’s ‘The Punk and the Godfather’ from Quadrophenia and Steven Wilson’s ‘Routine’. I love how Joe Satriani steals the show by boosting Dee’s energy level by going up to 500 degrees!

‘Listen to my Story’ sees Ayreon walk into the dangerous minds of the Diablo Swing Orchestra. Now this really knocked me down to the floor when I heard this. I was very surprised for Arjen to tackle the genres between Swing and Avant-Garde metal thrown into one to give the duets of Tommy and Simone a real combination of Cab Calloway and Queen.

‘Two Worlds Now One’ is a flashback where Daniel meets Abby with some rising guitars as Cammie pours her heart out while their eyes click between the two main characters in the story. Knowing that this romance can cause an uproar, and the downfall and renewal between Abby and Daniel.

‘Condemned Without A Trial’ goes into the riffs of the Thrash Metal genre by going to the burning house where Daniel is burnt as the villagers start to accuse Abby for a crime she never committed. Part of the music is not just metallic, but symphonic at the same time with an Italian Progressive Rock structure. Think Iron Maiden meets il Balletto di Bronzo’s YS.

‘Daniel’s Funeral’ has some of these Stravinsky-sque sections as Somerville and Manzi’s intensive talk to know that if Abby was involved in the murder, was it really true for what she did? But then, the Angel of Death and the Furies are back in a Swinging Metal mood once more for an uphill battle they have to deal with for ‘This Human Equation.’

Simone, Caroline, and Marcela are like the Three Musketeers by working together as a team as the last few minutes feels like a reprise by returning to The Source-era of ‘Everybody Dies’. Then, all of a sudden, the bass becomes this intensive walking nightmare for a ‘Message from Beyond’. Cammie and Amanda know that something dangerous is about to happen while Marty Friedman shreds his guitar with some cool arpeggiated sections throughout his instrument. Joost then channels some Canterbury grooves by tipping his hat to Soft Machine’s Mike Ratledge while Johanne James’ soulful arrangements on both ‘Lavina’s Confession’ and ‘Inferno’ becomes this worried section as he knows that something has gone horribly wrong not knowing what Lavina has done to his daughter.

You can hear the Hellscore choir, militant drums, and Johanne’s voice, increasing the fires and trying to save his daughter before it becomes too late for him as the rhythm section channels the riffs of Haken’s ‘Nocturnal Conspiracy’ as it bursts through the floodgates. The angel of death and the furies have come back for last time and this time, they ain’t buying any of Lavina’s bullshit on ‘Your Story Is Over!’

The organs, guitars, and drums set up the punishment that the Furies are going to do with Lavina and believe me, it ain’t going to be pretty. The rhythm becomes this increasing speed before they finish with the spoken term in the closing moment as the finale of ‘The Great Beyond’ becomes the calm after the storm. Tommy and Cammie’s duet in the afterlife shows that the emotional reunion between the two of them are finally free from this hell on the surface. And this time after all the pain, suffering, framing, and betrayal they went through, they can start a new chapter in their lives and make sure that their children and their children’s children won’t make the same mistakes they went through.

Transitus is one hell of a ride that Arjen has unleashed. This proves that they’re back in full swing by bringing some joy and happiness during the quarantine times in 2020. And with a 28-page booklet told through the illustrations by Felix Vega (Heavy Metal, Duam, Splitter Special, Blue, and Le Quatre Voyages de Juan Buscamares), brings a perfect combination to have one of the stories brought to life in a comic book format similar to the 1973 French rock opera, La Revolution Francaise. So if you’re looking for a story filled with a gothic sci-fi atmosphere in the mid 1880s with some heavier, metallic, and a symphonic approach with a swinging groove to it, Transitus is your next stop after The Source!