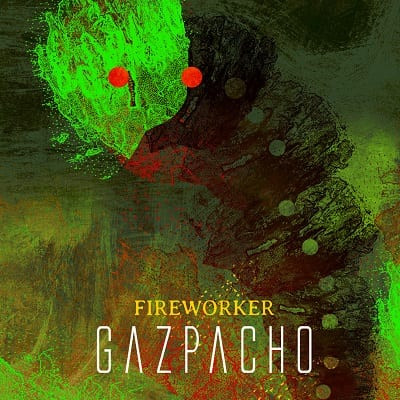 Since forming in 1996, Norway’s own Gazpacho has taken their music into a darker, sonic, classical, and haunting approach with their sound and vision. From Molok, Demon, Tick Tock, Soyuz, and March of Ghosts, you never know what the sextet will think of next. And throughout their story structures, they’ve never disappointed me. That and their eleventh studio album, Fireworker released this year on the Kscope label, is the band’s finest for the roaring ‘20s.

The album is broken into five chapters. And it deals with how humanity has been controlled by this creature who is both flawless and knowing everything on what is happening in this world and city that he’s created. It plays almost like a movie inside your head, not knowing what is going to happen next.

And for Gazpacho, they’re giving the moviegoers some twists and turns that they’ve never expected before to see in front of the screen. And in the words of the late Harvey Pekar in the cult 2003 film, American Splendor; “So if you’re kind the person looking for romance, or escapism, or some fantasy figure to save the day, guess what? You’ve got the wrong movie.”

Because Fireworker isn’t a pretentious horse-shit Disney Marvel movie that its not going to be a shit-stain popcorn flick, but a real story with real good music that is finally brought to life. ‘Hourglass’ is a mournful composition with the choir chanting to the beat while Thomas Andersen’s church organ and mellotron fill the Gothic cathedrals with rising vocals from Jan-Henrik Ohme. ‘Antique’ has some post-rock jazz rhythm sections as Johansen leads Andersen with some programming techniques by adding the intensive beats.

Kromer’s violin brings sadness and loss for what has happened as the opening 19-minute epic, ‘Space Cowboy’ is a movie that is finally brought to life. Beginning with watery landscapes and raindrops followed by surroundings of haunting pianos and violin. It’s like something that is staring right back at you to reveal its true evilness in front of your eyes. However, the rhythm is like a dynamite waiting to explode at any second. Thanks to Vibo’s guitar work as Johansen is following his rhythm in hot pursuit while Andersen goes into this spacey vibe on his organ for a couple of seconds. Ohme is almost like giving David Bowie’s character Major Tom one final message to send its last hurrah and continuing his mission where he left off.

I can imagine the choir are chanting in the styles of the Kobaian language as if Gazpacho are tipping their hats to the Zeuhl masters, Magma with some operatic formats to fill the cycle. With some heavier vibes and Thomas’ keyboards delving back into the atmospheric voyages, it is like a twist that’s never been expected as it changes to a pop atmosphere format of Kate Bush’s Hounds of Love-era. As it becomes mysterious for a few minutes, the terror comes bursting through with some hardcore punches for the guitars to duel it out between chords and metallic riffs as the Mellotron sets up the bloody aftermath as the creature is much stronger than ever before! The last three minutes go into an adagio format with some ghostly synths heading into uncharted waters as the creatures shows his darker side to let the townsfolk that there’s no chance in hell of getting out of his city.

The title track see Gazpacho going into this dancing style of the Kolo in the traditional sound of the Romani genre as you can imagine the dancers performing this composition in a closed circle, single chain, or two parallel format that is quite challenging. ‘Sapien’ is the 15-minute finale that brings everything to a standstill. You can tell that the creature has finally surrendered by paying a heavy price for what he’s done to the townspeople, knowing that they will never forgive for what he’s done to them. The music is part Ultravox and part Tool’s Lateralus-era. You can hear the voices on the radio as if they were quoting scenery from a Shakespearean play.

Not only it is going to leave a big giant scar in the creatures back, but of course the townsfolk, knowing that the wound itself will never, ever heal for a long time. Gazpacho’s latest album is soon going to be my album of the year so far in the beginning of the roaring ‘20s. Their latest album had me on the edge of my seat.

Now while we’re living in tricky times once more between COVID-19 and the Quarantine situation, Fireworker is quite a spectacular journey from start to finish as if it was used as an alternate score to Bong Jong-Hoo’s Parasite. Gazpacho is showing that they’re not slowing down and they’re still keeping the machine pumping out more brainstorming ideas to come in the years to come. 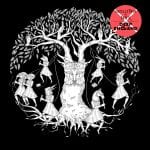 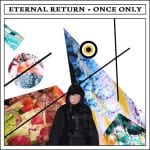