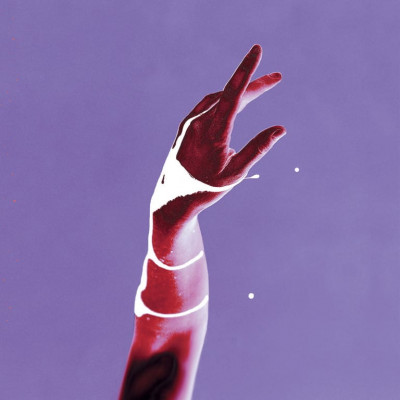 New Orleans experimental artist MJ Guider (Melissa Guion) has crafted a lovely second album for Kranky. It is not as immediately accessible as her debut Precious Systems, but its dark, ethereal beauty will creep up on you and take you unawares. Her music crosses post punk, industrial, and into dream pop at times, but it’s never derivative! It is music for the current age, a minor key masterpiece that may just become your soundtrack for this pandemic.

Opening track ‘Lowlight’ floats along effortlessly, and Melissa’s pretty voice is a sonic gem layered into the wintry mix. ‘The Steelyard’ is cold and mechanical, and is unrelentingly bleak until Guion’s voice pierces through the veil. ‘FM Secure’ is much lighter by half, the first single off this release. It rolls along majestically, and meanders into a dreamy soundscape. Despite the album’s dark elements, the songs are immensely relaxing. I often find myself with closed eyes as various songscapes drift like fine smoke through my head.

‘Cherry Bell Blacktop’ is a gothic mystery, replete with dimly lit musical passages. Melissa’s penchant for melody is strong and provides a wonderful counterpoint to the somewhat dour backdrop. ‘Quiet Time’ is a misnomer, as its rather jarring, alien landscape might set off your next nightmare. And yet, the quirky beats and vocal accompaniment lift the mood instantly when they join the musical fray. The excellent ‘Simulus’ is easily the best track here, hearkening back not only to ‘Lit Negative’ from Melissa’s first album, but also reminding of classic early Dead Can Dance. It is an instant hit for me, and a song I keep returning to.

The ambient, gauzy ‘Perfect Interference’ is a piano-driven revelation, quite unlike the other songs and perhaps showing future avenues for Melissa’s work. ‘Sourbell’ has gorgeous vocals that emanate from a deep well of sound, and I have to mention sacred music, for that is one of the touchpoints that attracts me to this music. Stellar! ‘Petrechoria’ is the coda, with repetitive elements that morph into cosmic dreamy sections. In summary, this is music for dreamers, the perfect chilled out soundtrack for early autumn. Highly recommended!