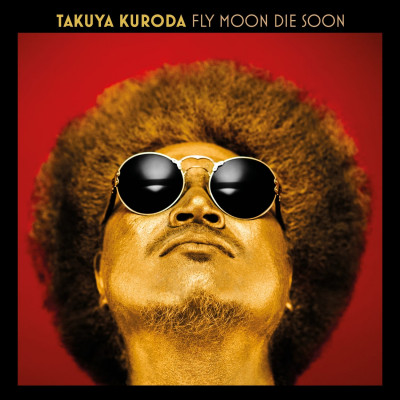 Those following the developments tied to all think tied to funky jazz sounds are probably familiar with Japanese trumpeter Takuya Kuroda, at least from his appearance on Jose James’ Rising Son album on Blue Note (2014). But then, based on the evidence on his latest album, Fly Moon Die Soon, Kuroda certainly deserves attention in his own light.

On his earlier releases Kuroda, would usually record solely with a live band, and he certainly did more than well, proving himself as a brilliant student of both hard bop and funk (five albums). But on Fly Moon Die Soon Kuroda takes his hard bop/soul-jazz mixture to another level.

The first change is his decision to bring in beats, sampling, and (dreaded) overdubs to an almost brilliant effect, without at any point abandoning live playing with the band. You may simply start playing this album at any point and you’ll get the same effect – playing so tight as if all involved had on leather pants at least one size smaller, irresistible beats (‘Fade’, ‘ABC’), funky jazz (‘Moody’) and jazzy hop anywhere between rap and scat (‘Change’) and anything in between that has a connection to jazz, r&b, soul and hip hop.

Throughout, Kuroda’s trumpet playing leads the proceedings but he certainly gives all involved musicians (each composition has a changing lineup) to breathe, with the key phrase being – ‘the sound of the band has the priority’.

It all combines into an extremely fluid and listenable sound that appeals to those who prefer not to stick to any distinct musical genre. Fly Moon Die Soon is an album that seems to go by the maxim – if it sounds this good, bring it on!