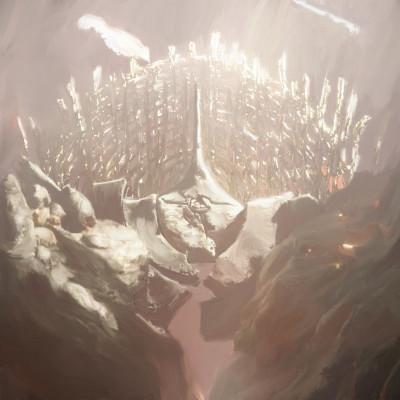 Even since the times the phrase progressive rock was coined way back in the late Sixties/early Seventies, there never seemed to be a middle ground in opinions about the genre. It was either revered for its complexities and the instrumental prowess of the musicians or it was put down as a vapid show-off. Of course, there were artists that did bring something completely new and fresh, breaking new musical ground and those that as Dave Stewart, keyboardist for the Seventies prog stalwarts Egg put it in one documentary: “Man, we were so pretentious!”  There never seemed to be a middle ground comprised of artists that traced the steps of those most inventive, but never crossed that line into that ‘watch how fast I can move my fingers on the fretboard’ territory.

In real life though, with prog rock, it was actually mostly that middle territory, comprised of artists that respected the complexity of the music they were trying to come up with without sucking all sense out of with by turning into instrumental show-offs. And as things were then, so are they now, with many younger generation prog artists being neglected because they are either considered as not inventive enough, not too similar to the original ‘heroes’ or as ‘too complex’ without any merit.

Not exactly the perfect setting for somebody like New York’s Justin Weiss, aka Vast Caldera, who just came up with his debut EP Vast Caldera 1. Weiss is actually a perfect example of that middle ground, where he is certainly inspired by the likes of Robert Fripp, Jimmy Page, and Yes, but at the same time is trying to avoid any excesses of just simply presenting how good he can play.

Weiss, aka Caldera, came up with an electric guitar-based set of five instrumentals that try to present a complex set of musical themes without taking too much of the listener’s time. None of the tracks go over the four-minute mark. He obviously has some excellent instrumental chops but at no point tries to do excessive soloing, sticking things as close to the melodic pattern he wants to present.

Essentially, Vast Caldera 1 might be the perfect example that prog music is neither fully black nor white, but all shades in-between.