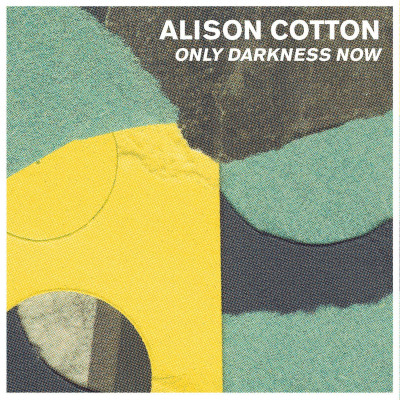 Only Darkness Now by Alison Cotton

Following her excellent, and well received solo album All Is Quiet At The Ancient Theatre, Alison Cotton has now found time within the hustle and bustle of lockdown life to compose a follow up album, Only Darkness Now. Steeped in the enigmatic tones of her viola playing, the album serves as a series of “tone poems” which build on themes from previous works, whilst also opening new avenues of exploration.

It’s a pretty good time to be a fan of Alison and her music, and when she isn’t one half of the wonderful The Left Outsides, you can often find her turning up at all manner of live performances, or being commissioned to deliver a piece of music as soundtrack. With the advent of new regulations due to the lockdown the live performance may have dried up, but on the basis of this new album that may not be an altogether bad thing as we find Alison presenting some of her most creative work to date.

Opening track ‘Behind the Spiderweb Gate’ demonstrates how much of a unique musician she is as its nigh on twenty minutes unfurl in a mournful solitude of viola playing. Taking it’s time to unravel, the drone set by the viola is offset by glistening chimes and Omnichord, resulting in an extraordinary piece of music which is part soundtrack, part art exhibit. Perhaps what stands out most is the overwhelming feeling of warmth and emotion, as if from within these dark times, the music is finding ways to comfort us.

Unusually for one of her solo pieces, ‘In Solitude I Will Fade Away’ features a vocal performance from Alison. Harmonising against herself, the song is an almost medieval folk piece which judders along in a brief state of driven rapture. This rapture gives way to the beautiful dawning of ‘How My Heart Bled In Bleeding Heart Yard’, a moment of romanticism which pierces right into your heart. It’s keening sound elevates you into a state of bliss then leaves you yearning for more.

‘The Hill Was Hollow‘ features a downbeat pulse in the background, almost like a death march as the lone viola seeks redemption. It’s a brief interlude before Alison presents us with her cover of Dorothy Carter’s ‘Shirt of Lace’. Herself a musician with a particular vision and style, it’s almost a joining of the dots and a linking to a past which provides a full circle moment in terms of thematic concerns. It’s almost as if Alison, in the role of visionary troubadour, is channelling the spirit of Carter. It’s a haunting moment but a perfectly fitting end to the album.

Once again Alison has shown what an outstanding musician she is, and suffice to say Only Darkness Now is yet another superb piece of a complex yet intriguing jigsaw of musical pieces. Taken on its own it’s a wonderful album which revels in its unique sound, but as part of an ever-growing catalogue it introduces some intriguing themes which serve to build the music of Alison Cotton even further. Whether it be as part of band, or solo, you will always find something that stops you just for a second. With Only Darkness Now, that second gets elongated for the whole album. Just remember to breathe.