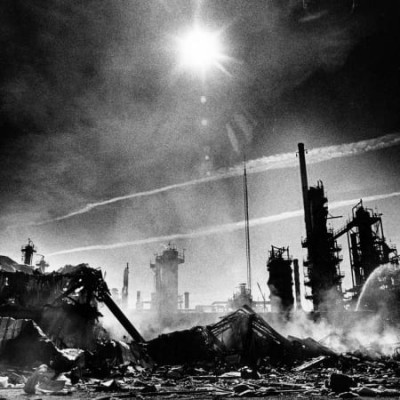 With all the constant change that goes on in the world, and especially the constant change in the world at the moment with all the chaos and uncertainty that this year has brought, it seems apt that Dropdead, a band you can rely on, with their trusted breakneck sped hardcore make a welcome return to tell all how it is and pulverise eardrums whilst doing so, and doing just that in a way that only Dropdead can.

Dropdead 2020 is the band’s first studio album since 1998 and the band sound just as angry and pissed off now as they did back then but with so many more targets to take their venom out nowadays, the band just let rip as they blast through twenty three tracks in twenty four minutes and it’s safe to say that it’s an exhilarating ride.

Tracks like ‘Welfare State’, ‘Vultures’ and ‘Hail To The Emperor’ are full on hardcore blasts while tracks like ‘Book Of Hate’ takes on a slower groove initially but loses none of its strength in doing so and the malevolent creep of the music creates a powerful atmosphere and as the track picks up speed, it’s a full on end to the track in true Dropdead style.

The lyrics are prime Dropdead and make no bones about the enemies they are out to destroy with their music and the rise of fascist attitudes and actions is at the top of the band’s hit list and as they go for the jugular, you feel a sense of joy at just how passionate the sound as they rally against this common enemy.

With this album, Dropdead sound as energetic as they always have and even though the band have been going for close to three decades, it is apparent that they are still as angry and full of energy as they were when they first started and that is a brilliant thing to hear. Full throttle hardcore punk rallying against the state is at the essence of the punk rock ideal, and few do it as vehemently as Dropdead do here. 2020 might be a write off of a year but as long as you’ve got Dropdead bringing out music as exciting as this, it makes it a bit more bearable.