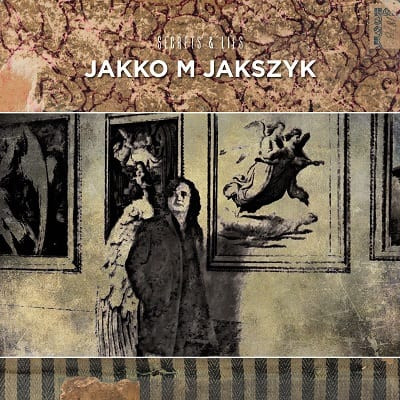 Since he saw King Crimson for the first time during the Earthbound tour at the time they were promoting the Islands album in 1971 in Watford Town, Jakko Jakszyk knew exactly what he wanted to do, to become a professional musician and would later embark on an amazing career. Before he became a part of the Crimson family, Jakko had lead bands, worked as a session musician, and working bands/artists such as 21st Century Schizoid Band, The Kinks, The Tangent, Level 42, Dizrhythmia, Louise Patricia Crane, Steven Wilson, and of course Nigel Planer who portrayed as the long-hippie Neil from the 1982 BBC cult comedy classic, The Young Ones.

Not only that, but he worked in comedy and as an actor, and remixed some of the classic albums including; ELP’s Trilogy and Brain Salad Surgery, Bruford’s Feels Good to Me and One of a Kind, The Moody Blues’ In Search of the Lost Chord, and one of my favorites Chris Squire’s Fish Out of Water. Jakko has released his latest album from the InsideOut album this year entitled, Secrets & Lies.

The albums tackles the issues of contemporary politics, obsession, betrayal, and the tangled threads of family history. And to be allowed to have not just four of the members from Crimson, but Level 42’s Mark King, Van Der Graaf’s Peter Hammill, Simple Minds’ John Giblin, and comedian Al Murray, it shows how much they give Jakko a big giant push to bring his album to life.

The nightmarish opener of ‘Before I Met You’ gives the Mellotron its landscape as it deals with the intensive relationship between two lovers who are in this strained correlation they have with each other. Despite that, they don’t know on how to put the pieces of the puzzle together without screaming each other’s head off. Drums and guitars sets up the levels engaging to see it all come crashing down and their personal struggles they went through before they met. ‘It Would All Make Sense’ deals with being caught in the big giant lie. With Gavin’s tribal drumming and howling guitars, Fripp and Levin come in to give Jakko that calming scenario on what is happening in the real world.

And the big question is in what we’re seeing now is not making any sense. And do we trust anyone on what is happening? The answer is simply, no. ‘Uncertain Times’ go into the THRAK-era of King Crimson. Jakko describes to the listener that we are living in the Orwellian atmosphere that was described in his book of 1984. And the hell has finally arrived. And believe me, it isn’t pretty. The guitars go through this math structure by climbing upwards and downwards as the music video has this Ludovico technique that has this Clockwork Orange scenario on the danger that Brexit, Boris Johnson, and the Orange Fruit Cake have made it much, much worse.

‘The Trouble with Angels’ features Tony Levin’s bass by setting up this smoky night scenery as if we’re walking alone in this chilled-out atmosphere to see if the angels have come to protect us or not. It has a moody composition of a ballad with an acoustic folky background that deals with the loss of a loved one. ‘The Rotters Club is Closing Down’ showcases Jakko’s appreciation to both Jonathan Coe and Hatfield and the North. Not only that, but the late great drummer Pip Pyle who wrote some of the most insane melodies. Al Murray’s drumming closes the pub one last time with this Canterbury twist to show Jakko’s inspiration of the band’s music.

‘Fool’s Mandate’ gives Peter Hammill a hand to co-write the lyrics with Jakko’s help. It has a tribal, foot stomping arrangement as the flamenco folk sounds bring the sun out of its glory while ‘Secrets, Lies & Broken Memories’ has this epic score intro with Tubular Bells and guitars crying out to the gods in this horrifying winter storm as it segues into ‘Under Lock and Key’. Futuristic guitars going into some sort of a spacey atmosphere that travels into these parallel universes that are both good and bad, we are living in those different locations that is filled with secrets. Guitars and Mellotrons takes us through these various doors that are about to be opened, and one of them is telling us the entire truth.

‘The Borders we Traded’ is Jakko’s nod to the doo-wop sound between the late 1940s and the beginning of the 1950s with The Four Seasons, The Platters and the Ink Spots as they sing underneath the street lamps of New Jersey and the Big Apple. ‘Trading Borders’ is an upright lullaby turned waltz-sque beauty with a Celtic mourning atmosphere as ‘Separation’ returns to the Crimson roots with a Brutal force return to the Lizard-era.

Jakko hasn’t forgotten his family to let the seven-headed beast to raise even more terror as Mel Collins still has that attack mode on his saxophone as the relationship goes horribly wrong before it rises up in the last minute and fifty-three seconds. Secrets & Lies is a personal album Jakko has given to us to break away from those chains of the subject matters that he’s tackled.

It may not be everyone’s cup of coffee, but Jakko has really come a long, long way to go beyond the sound of King Crimson and take his music a step further.