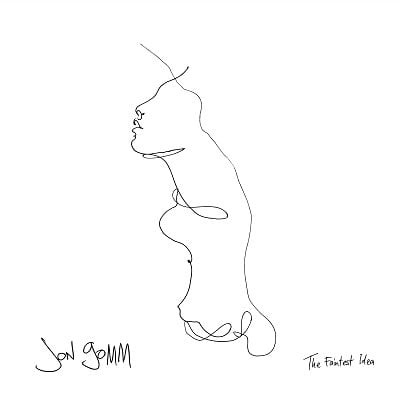 The Faintest Idea by Jon Gomm

Jon Gomm is quite an extraordinaire since releasing his debut album Hypertension in 2003. He created his own ideas on his acoustic guitars with drum sounds, bass lines, and melodic textures. He has released three studio albums so far. And with this year’s release after being signed to the Kscope label, The Faintest Idea is the album that will keep you understanding on why he took a long time to bring his ideas to life.

The name comes the ideas of a notion that we’re passing swiftly and being very small, but we’re still the same and mutually joining together. Gomm took inspirations from his own situation over the last few years of his life. Some good and some not so good. And while he dealt with the struggles that he through with his personal trauma, this album is his spiritual journey.

In an interview with Music Without Borders: Innerviews with Anil Prasad in 1994 at the time of the release of The Road to Return album, the late great Michael Hedges was asked about what he learned about making the album and the seeds of his spiritual awakening. “I learned I have my attachments. When you start talking to people on a spiritual path, pretty soon you start coming to attachments. What are you attached to? What dogma is it that’s blocking your energy? To me, total freedom is being free of attachments. You can see forward, but you can see backward quite always. I think when that happens, you find out that you are a spirit.”

What Hedges meant was that while he learned a lot of what he went through by waking up to find out who he really was, it is the freedom is getting away from all the dangers that will block your soul. And while we always wanted to move forward, the past you might look back at times to see what you’ve done and how you can learn not to make those same mistakes again.

For Jon, as I’ve mentioned about this a couple of minutes ago, this is his journey to heal all of the wounds that he went through making The Faintest Idea. And while he is moving forwards in his life, we always know, that it can be painful to look at that hard moment in our lives. And healing can be a struggle at times.

With ‘Deep Sea Fishes’ the guitars sound like flashing lights blinking rapidly as we swim into the ocean with some beautiful lyrical structures and mellowing vocals. While Gomm is a one-man band throughout his instruments, he broke all the rules and follow in Hedges’ footsteps to go deeper into these moody structures. ‘Cocoon’ tackles with the subject of domestic abuse. For Jon to tackle that subject is a real challenge. It needs to open up on how we must protect our loved ones who have been bruised and beaten up badly, we always make sure to learn on not just fighting back, but becoming their guardian angel of making sure that the danger will never happen to them again.

‘The Ghost Inside You’ sees Jon travelling into the mysteries of Gazpacho’s Molok-era with Albinoni’s Adagio in G Minor. Mourning sequences, it reflects on the details of who you’ve become and the damages you did to your friends and family as ‘Dream Factories’ go into the Flamenco tribes with percussion grooves. Jon’s following you to the dance to get away from the corporate machine by needing a long-awaited vacation. You can tap your feet to the beat and follow Jon’s leading structures as you are on board a floating sea with some midsection synths that brightens up our day.

‘Universal Biology’ has this thundering composition. Jon goes into some intensive territories by revealing someone else’s dark side by bringing tornado’s to destroy Earth’s greatest landscapes with some spoken/sung dialog on the truth being revealed. ‘Songs for a Rainy Day’ features some stomping bass drum effects with the slap-and-pop bass sections while the keyboards bring in the pouring rain to come in for some clean rising textures. ‘Swallow You Whole’ is like a cat-and-mouse chase. Very much like an alternate score for Jon to go into the depths between the Hanna-Barbera and Chuck Jones-era of the Tom & Jerry shorts. He makes his guitar sound like a dozen mice’s running rapidly on a hard-wooden floor to create those sounds with an alarming rhythm to be on the look-out for them.

The Faintest Idea is a healing release that will take you on the road to recovery with Gomm’s arrangements to follow your heart and soul for the reinvention by finding your true inner self. And it is a journey that you might want to prepare for if you are ready to being to being on the road of who you really are. And it becomes the big question on can you be trusted?