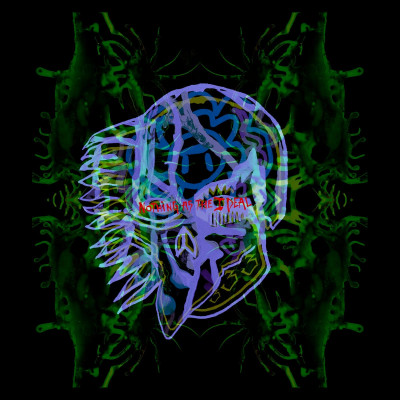 Nothing as the Ideal by All Them Witches

Abbey Road Studios. The place where The Beatles made their magic. Where Pink Floyd’s Dark Side of the Moon rose. Where Kanye West and a 17-piece orchestra meshed live hip-hop and classical music to revolutionary effect. And late in 2019, where All Them Witches retreated to – to John, Paul, George and Ringo’s No 1 choice, Studio Two, no less – following a creative dry spell.

So yeah, no pressure for the sixth album fellas.

It wasn’t a wasted trip from Tennessee to London. Because the band (now a trio of guitar, bass/vocals and drums, since just after their previous record, ATW, was released) have delivered their best album yet. Nuanced, moody, heavy in places and delicate in others. And it sounds amazing.

You know the cool, jammy, roadhouse-blues bits of Our Mother Electricity? There are some in this. And the meandering dives into psychedelia that made Dying Surfer Meets His Maker such a rich journey? Check. The riff-driven, stripped-back elements that were the best parts of ATW? Yep. What about the studio trickery which gave Sleeping Through the War more layers than a prize onion? Oh yes.

Indeed it is the employment of the studio as an instrument that raises this album from great to jaw-dropping. It is produced by Mikey Allred, who made Dying Surfer… simultaneously brooding and warm – and you just need to listen to the rich drum and guitar tones, or the subtle background loops in Nothing as the Ideal, to know that he was the right choice.

Notably, the centrepiece, ‘See You Next Fall’, a menacing, near-10-minute slow jam distilled from a session lasting three quarters of an hour, is the only song on the album that wasn’t recorded at Abbey Road. It was back in Nashville, at their own studio – the one where they suffered writer’s block – and it harks back to All Them Witches’ earlier albums, where they played, and played, and played, then, in the manner of Can, the Kosmische Musik masters, snipped out the bits they didn’t want. They then stuck the rest together into a coherent song. In this instance, it works like a dream (literally, with the creepy “Hi Adam, hi Mandy” sample over an industrial drone at the beginning).

‘Saturnine and Iron Jaw’ begins the album, also with scene-setting sound effects that would not be out of place in a noir detective movie. It is almost two minutes before we hear the first guitar note. But once the band kicks in, and the effect-laden vocals from Charles Michael Parks Jr wash over us, it is clear we are in for a treat. And that anticipation is rewarded when the whole band kick into gear with a choppy, chug-chug riff. Next up is something more orthodox in ‘Enemy of My Enemy’, driven by Parks’ grinding bassline in a familiar verse-chorus-verse-solo fashion, until the final couple of minutes, when it freaks out, switching time signatures and riffs in a swirling maelstrom.

You can imagine the third song came about through Ben McLeod strumming his guitar in a dimly-lit studio, marvelling at the rich sounds coming out of the gorgeous array of vintage equipment in Abbey Road. That is not to make light of ‘Everest’, which is McLeod on his own and at his most whimsical. It is simple: there are only a few chords, and variations thereof, but the two-minute duration of the track is more than a mere interlude.

After the trip that is ‘See You Next Fall’ we are immersed in the next chapter of a story that started on Lighting At The Door – of Coyote Woman. We had heard of the marriage, this time we hear about her children in an acoustic blues number: Romulus and Remus, two “good old boys”, who appear to need a lesson in sharing and good manners.

The riffs return for the next two songs, ’41’ and ‘Lights Out’, the latter being one of the heaviest tunes the band have released. They set us up for the finale, ‘Rats In Ruin’, which is utterly stunning. It begins quietly, then builds slightly to a false fade (remember them?). When the band fade back in, with a beautiful mellow, riff (more McLeod being bewitched by the tone of his guitar), they are then joined by as many people as they could muster to fill every track of the tape machine. It is a triumphant, noisy, goose-bump-inducing finale that brings to mind every soaring, lighter-waving climax of everyone’s best gig of their lives. And the fact it was done at Abbey Studios makes it even more special.