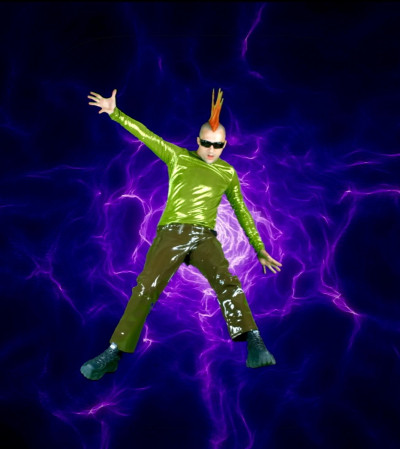 Trying to be a musical chameleon can be quite a tricky thing. It doesn’t only matter whether you can really do it, but what elements you are trying to throw into the mix. Based on Hallows Eve, his latest album, New Jersey’s Scotty Seed is one of those artists. So does he make it? Seed throws in this info – Italian background, member of the LGTBQ community, trying to throw in everything in, including a kitchen sink. Leaving the first two pieces of info aside, let’s concentrate on the latter.

Yes, he does throw everything in, including the kitchen sink, just as long as it has an electronic base. And you can dance to it in one shape or form. Some references are evident – Bowie, Madonna, Depeche Mode, Marylin Manson. Or, it can be more pop, like in ‘The Mask’ or more grime or dubstep, like in ‘The Boogie Man’s Knife’. The latter even throws in some The Rocky Horror Picture Show references. Metal is thrown in here and there for good measure in ‘Pig’. So are church quire vocal embellishments with ‘Villain’.

What is evident on Hallows Eve is that Seed took some serious time to polish his songwriting, not leaving any unpolished rough edges to lie around. The production of the album, handled by the seasoned hands like Dibs (a few real hits under his belt) and Skrillex-connected Eugene adds to the fact.

In the end, the final result tells us that Seed’s changes of musical colors work, particularly if you are more attuned to the current electronic sounds. Or, if you need a Halloween 2020 soundtrack.