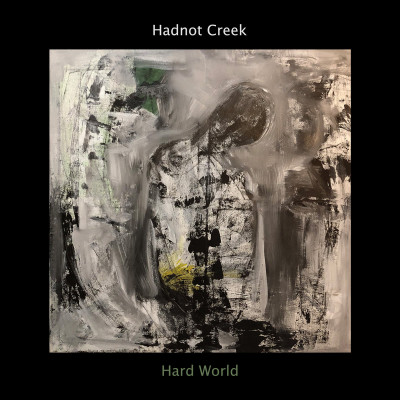 Talking about Southern Gothic. Dark and foreboding. If you add it to some folk/country music you get a potent combination that can scare your socks off, particularly if you play such music late at night. Now, there are musicians from all over the world who can create such an atmosphere, and you don’t have to go any further than Nick Cave, whose connection to the Deep American South started out just as an emotional feel.

But, then, who can really nail it perfectly (if they know how) then artists who are from the American South themselves and transfer that feeling and atmosphere so that listeners can sense it no matter where they are from?

To that effect, here is Hadnot Creek, a quintet from Charlottesville, Virginia with their second album Hard World, and they seem to hit the nail (in the coffin?) right on its (musical and lyrical) head. You don’t have to go any further than the opener ‘Methadone Guy.’ Vocalist, guitarist Robert Sawrey tells the story that seems to be right from personal experience to the tone of slowly rolling instruments, perfectly tearing out a page out of Willy Vlautin and Richmond Fontaine’s handbook.

As the band notes themselves, “Hard World is a late-night drive into a world filled with wrong turns and dead-end streets. It’s a wide blend of pop-folk musings, roots rock stompers and fractured southern gothic noir mines a myriad of influences ranging from Johnny Cash and exile period Rolling Stones to the stories of Raymond Carver.”

Usually, with such and similar statements bands overstate things, but Hadnot Creek has actually come up with quite a fitting description, as ‘Liars In Love’ that follows turns out to be exactly the stomper the band mentions. Still, the dark tones prevail, and Hadnot Creek keeps on posing hard musical and lyrical questions in a manner that asks for repeated listens.