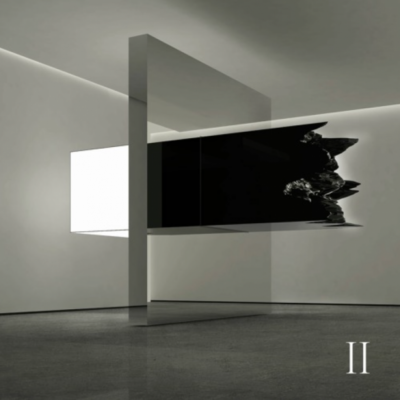 To many listeners, when somebody utters the term ‘experimental music’ the first thing that comes to their mind is some form of dissonance, use of ‘strange’ instruments, improvisation and/or use of socially engaging lyrics.

Sure, quite a lot of experimental music falls within these parameters, but what about experimental music that to above all of those (plus or minus one or two) you add unusual melodic structures and melody as such? Yes, it is out there, but to a lesser extent. Why? Because such music is much harder to make as to make some sense, and above all, to be meaningful and listenable.

That is where Son Lux enter with their very, very ambitious project Tomorrows. It is actually a three-part concept split into three albums, all three are planned to be released in 2020. Tomorrows I was out earlier this year, so here comes Tomorrows II.

If you go by their press release, Son Lux is here to bring us a very heavy musical/lyrical ride: “On Tomorrows, Ryan Lott, Rafiq Bhatia, and Ian Chang train their sights on volatile principles: imbalance, disruption, collision, redefinition. But for all of its instability, Tomorrows exploration of breaking points and sustained frictional places is ultimately in service of something rewarding and necessary: the act of questioning, challenging, tearing down and actively rebuilding one’s own identity.”

Is it? In one aspect, it certainly is. Even if you haven’t had a chance to hear volume 1, with Tomorrows II you are quite aware that Lott and his companions here are trying to untangle and balance a complex concept with music and lyrics that could actually both make some sense and be something that you will listen to with two things – concentration and ease.

Even when more experimental streaks like on ‘Out of Wind’ come to the forefront, Son Lux never lose their scope and do not drift into ‘out there’ improvisation but stick to the concept of reaching that balance between conceptual and listenable.