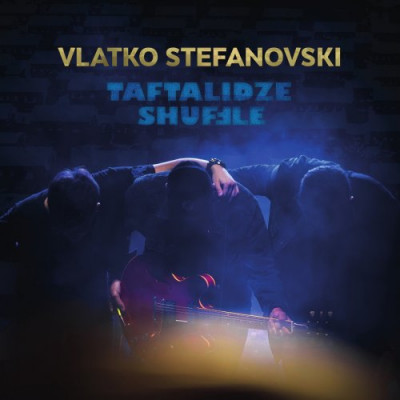 Starting out well back in the 70’s in former Yugoslavia with his prog-rock/jazz fusion band Leb I Sol, guitarist Vlatko Stefanovski was able to make a bit of a name for himself even beyond what is now known as Western Balkans. After all, his playing earned him the possibility to share the stages with the likes of Tommy Emmanuel, Jan Akkerman, and Stochelo Rosenberg, among others.

Leb i Sol went off and on, but Stefanovski also kept doing solo work. That brought in a more varied musical palette, veering often in the territory of pop/rock, with varied results. Here he is again with his latest solo effort, Taftalidze Shuffle, and as with his previous releases, Stefanovski is out looking out for a sound that could be favored with a wider audience than just the prog/fusion fans.

Not that he abandons guitar histrionics here, like on the title theme or ‘Igranka’ (a bit of a word game of a title between dance and play), but most of the songs include Vlatko’s and other guest vocals, while the sound of his band effort relies more on instrumental prowess. Still, Stefanovski’s songwriting has certainly evolved, and he is able to combine all the better elements of prog/fusion sound into a more pop format, like on ‘Garaza’ (Garage) without falling flat on his face. Certainly, the fans that are still following him from the 70’s or 80’s will favor more the prog sound of ‘Global Warming’ than the more pop outings here like ‘Ogledalo’.

But, frankly, it is all a matter of personal taste. Actually, those ‘pop’ outings instrumentally and vocally have as intricate sound as those that should fall under the prog/fusion stuff. The fact that all the album vocals are in Macedonian could be a blessing – they could allow the non-speakers to appreciate what Stefanovski is actually doing here.