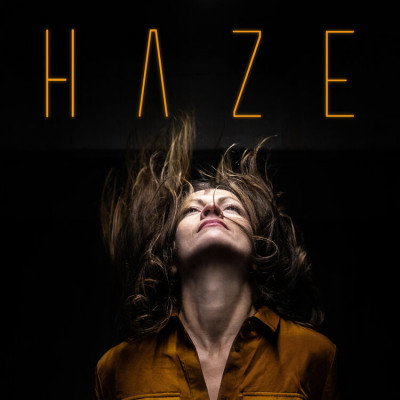 So many have tried to cover the ground that late David Roback covered. First with Kendra Smith in Opal and then with Hope Sandoval in Mazzy Star. Except for Sandoval herself, most of those attempts sounded quite good, but in most cases were missing one ingredient. And that is creating a hazy psych atmosphere that went beyond the usual confinements of the shoegaze genre where such music is usually put in.

But there are those rare occasions where, along with good musicianship and interesting melodies, the artist is able to create that atmosphere without actually copying either, Opal, Mazzy Star, or Sandoval. And again, it is a female artist. Operating under the name of Haze, Mirabelle Van de Put is a Belgian artist that has been a vocalist for quite a number of bands in her homeland.

On her debut self-titled solo album as Haze, she practically does it all by herself, except some additional guitars on a few tracks by Miguel Moors. Not only that, but Mirabelle was able to record most of the album by herself at home. The latter fact is not such an uncommon thing these days, particularly during the pandemic, but Haze was able to give her sound some great spaciousness as if she recorded the album in an empty high-rise building. Also, her ability to play other instruments goes beyond just competence.

But all the instrumental ability wouldn’t mean much if Haze was not able to transform it into some creative music. And she was able to do that with flying colors. Add to it her melodic sense, the ability to shift tempos, and some excellent vocals and what you get is some very cool late-night music that shifts from cozy dreams to slight nightmares and back with ease.