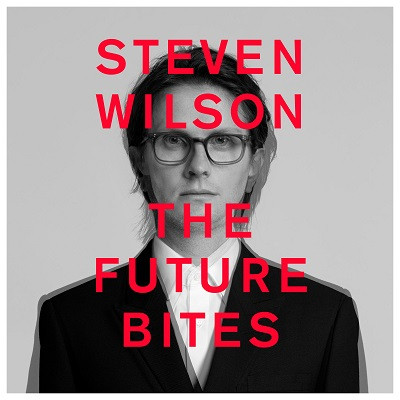 The Future Bites by Steven Wilson

Steven Wilson is a very busy man when it comes to making music. Whether its remixing classic albums from the minds of Yes, King Crimson, Jethro Tull, Roxy Music, and Hawkwind, co-hosting The Album Years podcast with Tim Bowness during the pandemic last year, or starting a family, he knows that this is the perfect time to bring another subject matter to life dealing with both identity and technology.

For his sixth studio album released on the Caroline label entitled The Future Bites, he takes it one step further. Whether you like it or not, Wilson can’t just be the prog prince. He wants to move forwards and not go backwards. And that is completely understandable. When you look at someone like David Bowie, he couldn’t just be Ziggy Stardust 24/7, he wants to do other ideas as different characters and various forms of music besides the glam rock period and moving into soul, experimental, pop, and alternative music. And that’s the same thing with Wilson, he’s moving onwards to see which of the following doors will take him into these new directions.

When his fifth studio album To The Bone was released in 2017, there was a dividing line in the sand when some of his followers felt that he sold out with the song, ‘Permanating’. For me, I welcomed it because it wasn’t the shitty-ass pop pretentions of Justin Bieber, Cardi B, or the snoozing nonsense from the Jonas Brothers, but the real good pop music that Steven grew up on. From Tears for Fears, ABBA, The Beatles, Kate Bush, and Peter Gabriel, that was the direction that Steven wanted to go into with the fifth album. With The Future Bites, he’s going beyond the horizons by adding these electrical volts that will sparkle new ideas by adding up the charges even more.

And the songs, let’s just say it gets even better than I anticipated. Was it really worth the wait during the pandemic last year? Well, let’s check it out. With ‘Follower’, Wilson goes for the jugular by going into these hyper-speed cross-overs between XTC and Devo’s Duty Now For the Future-era as the rhythm section channels the drum beats from ‘Smart Patrol/Mr. D.N.A’ with some heavy post-punk guitar lines and a piano going through a Leslie speaker. The loss of innocence on ’12 Things I Forgot’ reflects of the memories of what once was, are no longer there. With its uplifting melodies and brilliant acoustic guitar lines, the song deals not only remembering the good times that you had, but always keep them in your pocket and never leaving the past and the present behind you.

Now onto the dance floor a-la Saturday Night Fever style! Both ‘Personal Shopper’ and ‘Eminent Sleaze’ are a structure on the CEO corruption on how customers tackle on buying stuff from the malls and on Amazon online. The seventh track which was released as a single last year in March, describe not just Black Friday, but how our wish lists keep getting bigger and bigger with a remix style!

When Wilson gives Elton John a chance to read through his shopping list, and we all know that Elton is a shopaholic, he names items such as; Volcanic Ash Soap, Noise Cancelling Headphones, Smart Watch, Organic LED Television, and Fitness Club Membership as greed, obsession, and spending top dollar on the ‘shit you never knew you lacked’ has become the crime of the century. Whether it’s the new XBOX Series, Playstation 5, or a new perfume from the Kardashians, Wilson’s lyrics are spot on by giving us an insight on what the malls and online shopping have become.

The fifth track has this sleazy yet funky intense rhythm section thanks to the bass guitar and Nick Beggs’ chapman stick as the scenery of the CEO’s corruption has brainwashed the customers on what to spend and what not to do. And what he hides behind closed doors is something evil, menacing, and terrifying that the followers don’t see. And it is a big giant lie after another that he’s creating to loosen all of their pocket money and credit cards to be flat broke while the gothic swarm of a moody atmosphere on ‘King Ghost’ elements the erotic grooves from Prince’s Sign O’ The Times-era.

The opening tracks ‘Unself’ and ‘Self’ gives Richard Barbieri from his Porcupine Tree days, to give Steven a helping hand. While Steven is inside and packing up to leave this dark cavernous cave, he goes into the subject of self-image of fame by going into the electronic beats with some Devo-sque midsections by adding some hay-wiring effects. And when you look at some of the social media celebrities and the YouTubers like Jake & Logan Paul, Onision, Tana Mongeau, and PewDiePie, they’ve become their own worst enemy by acting like a bunch of damn fools in front of their subscribers to get a million likes.

‘Man of the People’ has these watery sequences that turned darker with some robotic voices by adding up the Dalek-sque arrangement on detailing this vision of what this person is going to say to the citizens of the city that he’s created, knowing that it’s about to go down really fast. Closing track, ‘Count of Unease’ walks through the streets of Jeff Greinke’s textures of chamber music from Before Sunrise with some percussion marches into the unknown universes that await us.

The late great Robin Williams once said, “You’re only given a little spark of madness. And if you lose that, you’re nothing. Don’t ever lose that because it’ll keep you alive.” For Steven, he hasn’t lost that spark with The Future Bites. Again, alongside To The Bone, there will be another dividing line in the sand on whether they like his new sound or not, but that’s another story. Wilson has come a long, long way. And for his new album, it is a journey to bring a real understanding of how pop music that we know and love between the 1970s and ‘80s, can brighten the light and shine for a new beginning. 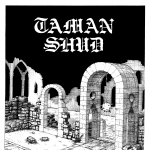 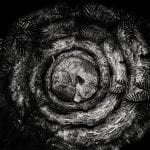 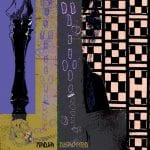