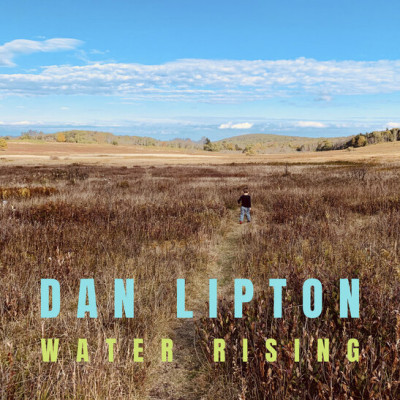 Getting your music noticed in these hard times becomes even harder. Very often, quality has nothing to do with it. Maybe one of the singers/songwriters should do a revamped version of a number of songs and albums that bear the title Game of Chance. Speaking about singer/songwriters whose chance at the moment doesn’t depend solely on the quality of his/her music, let’s talk about Washington DC native Dan Lipton and his second album Water Rising.

The first thing you notice with the music that keeps veering from singer/songwriter pop to Americana is Lipton’s musical and vocal assuredness. He has absolutely no problem coming up with a well-structured song, his vocals are well-paired with the melodies he comes up with, and what truly stands out is his finger-picking guitar technique. Lipton could have just gone and done an instrumental guitar album. Luckily, he didn’t as quite a few of those can exemplify great technique but lack consistency and start to wear on the listener after a while. Simply, his melodies and singing works, and Water Rising has that musical variety such an album needs to work.

The accomplishment is underlined by the fact that the album was recorded in the attic of his house – a cramped recording space. But then, Lipton is not exactly so new to the scene. Prior to going solo, Lipton released three albums with a four-piece band and was one of the mainstays at DC’s now-defunct gathering spot Gypsy Sally’s.

Sure, there are quite a number of singer/songwriter releases floating around, but Dan Lipton’s Water Rising bears the music that deserves a chance to stand out.