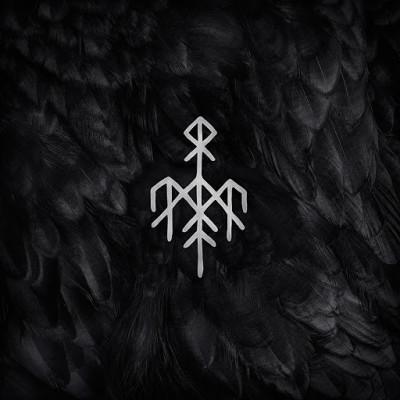 The Runaljod trilogy was a massive undertaking for Wardruna, especially so for its de-facto leader Einar Selvik – an expansive work that encapsulated his own spirituality, a rich folklore and musical tradition, and a reflective way of life that is coming to seem more valuable than hollow consumerism with each passing day. It was a collection that an artist could base their career on and call it a day, but Selvik has persevered down this path with numerous collaborations, soundtrack work and now Kvitravn, Wardruna’s fourth full-length. Selvik has described some of these songs as predating the Runaljod trilogy while “digging more into the details of many of these things that are portrayed in other songs within the trilogy. This is more focusing on the world within the Runaljod”, a sentiment that becomes more apparent with each passing minute.

Kvitravn’s strength is that it feels more song-based than its predecessors while maintaining a tonal regularity throughout its 70 minutes. Each cut feels like an individual voice with its own story and personality, uniquely charming and capable of drawing you into its microcosmic existence. The mournful ‘Munin’ is one of the strongest examples, Selvik’s voice resonating with a solemn baritone atop gently strummed lyre and strident horns that resound with pride and defiance, while ‘Grá’ feels more celebratory in contrast, the almost glacial pace of its earliest moments dissolving with Lindy-Fay Hella’s life-giving cries, before it finally erupts in an ecstatic chorus, an urgent drone and the sharp snap of handclaps bringing it to a heady conclusion. The songs tell their own tales, but each is ambiguous enough, imbued with its own subtle poetry, that the listener can read into it whatever their heart tells them.

Musically, these songs feel like a departure for Wardruna as much of it feels rooted in the familiar, in melodies that have probably cropped up immeasurable times in some semblance throughout the centuries but have never quite registered as being present. Thy are profound and occasionally infectious, tapping into something primal that the body instinctively moves to, and the instruments are cleverly arranged to maximise their power, or reticence, or whatever mood seems to be taking them at that moment. Selvik tailors his voice to match, using it both as a vessel for lyrics and as a vibrant instrument in its own right, and when he is able to stand alongside Hella, the results are usually breath-taking in their scope and contrast. The voice of nature is also used throughout, the cries of ravens, the sound of rain and fire, all contributing immeasurably to building up Kvitravn’s worldview.

And then there’s ‘Andvevarljod’, the huge album closer that recruits renowned Norse vocalist Kirsten Bråten Berg along with her daughter Sigrid, that perhaps ties together Wardruna’s fusion of old and new, of sacred and emotional, better than any other offering here. From its strident early notes, a rumbling bass drum pound and the clang of bells framing ominous throat singing, through the unadorned beauty of the Berg choir’s airy ululations, and up to Selvik’s final, heartfelt notes, there is something so pure about this song, so utterly devoid of pretence or unnecessary adornment, that it’s refreshing to breathe in.

Whether Kvitravn marks a transition, an evolution or a continuation of Wardruna’s fresh take on Norse folk is best left to those involved in its creation to discuss. From an outside perspective, though, it feels like a move away from Runaljod’s grandiosity and into something that feels more intimate, warmer, and perhaps with a more liberal sprinkling of hope and loss. Sometimes it’s tender, at others it’s violent and tumultuous, and every so often there’s just a massive sense of joy and love in the voices and hands of its players. It’s honest, in other words, and though not everyone listening may speak the same language or hear the same words, it still speaks to whoever cares to listen to it.