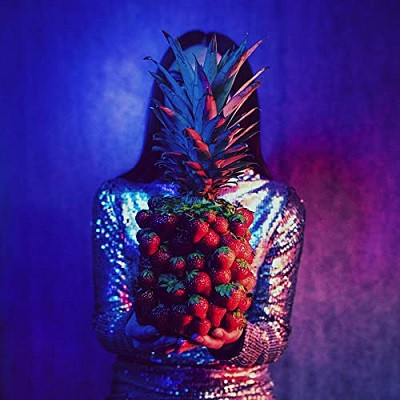 Esoteric Antenna has always been the perfect place to be a part of the Cherry Red family for old and new progressive rock bands/artists. From Rosalie Cunningham, The Blackheart Orchestra, Fish On Friday, Squackett, or Todd Rundgren, something magical is about to happen. But when it comes to Jane Getter Premonition, they fit right in with the label. And it is the perfect cherry on top of a delicious red velvet cake.

Jane Getter is a name you probably may or may not be familiar with. She’s been making music since she’s picked up the guitar when she was eight years old. Taking influences from Allan Holdsworth, The Mahavishnu Orchestra, Jeff Beck, and King Crimson. Getter has toured and played with The Roots, Lenny White, Kenny Garrett, and Urszula Dudziak to name a few.

I believe it’s been 23 years since Jane has been recording music. And she shows no sign of stopping. Her latest release, Anomalia showcases her continuation to keep her music going. The term “Anomalia” means something different from normal. With help from incredible musicians and artists from Bassists Stu Ham and Mark Egan Drummers Gene Lake and Chad Wakcerman. Guitarists Vernon Reid of Living Colour and Alex Skolnick of Testament, Vocalists Randy McStine and Chanda Rule, and Adam Holzman on Keyboards. Perfect match, perfect team, and a perfect combination to get the engines running.

‘Kryptone’ starts the album off with a Crimson-esque roller-coaster from the Larks’ Tongues-era with some unexpected changes between Holzman’s organ and mellotron going back and forth. Followed by these stop-and-go sections; Getter and Skolnick bring a nice combination to duel inside a wrestling ring before Stu’s snarling beast-like bass sets up the competition flowing.

‘Lessons Learned’ sees Getter singing through a megaphone to address the city before giving advice on trusting your abilities. Acoustic guitars take the listener into the halls of the Egyptian tomb with melodic textures of the heavy guitar riffs come in handy while Randy McStine handles some vocal duties before Vernon Reid’s shredding arrangements set up the Gabriel-esque lyrics from the first four albums on ‘Dissembler’. As the guitars delve into the pools of a Queen-esque vibration, the nightmare has only begun for the corruptive madmen’s greed by only caring about themselves and the money whilst throwing the poor under the bus very rapidly as if treating them like as if they were pieces of dog crap stuck on their shoes.

‘Safe House’ is Getter’s calm after the storm by taking her acoustic guitar, going up into the Flamenco room with Ottmar Liebert and Mason Williams. It’s this ascending and descending composition that has the doors closed to your hotel room to get away from what’s going on in the outside world of political structures since March of last year.

But then she returns to the Lobby with some Mahavishnu arrangements on ‘Still Here’. The dueling textures have returned as she gives Adam some organ grooves to set the lines into an intense tightrope while Chanda Rule’s nod to Tracy Chapman with a soulful touch on ‘Answers’, a cry to the heavenly-reverbing pearly gates.

But once Adam comes center stage on the ‘Queen Of Spies’, he is in full control. Jane gives him all of the ammunition he needs to launch a full scale attack by adding more bullets to the machine gun as the clues and mysteries will keep you guessing until the very end.

Intense, fiery, brutal, and with amazing professionals to cook up some hot and spicy tamales with a giant shitload of Wasabi sauce, Anomalia is the perfect dish to sink in for breakfast, lunch, and dinner. 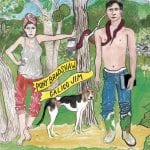 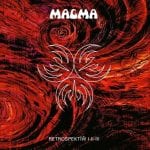