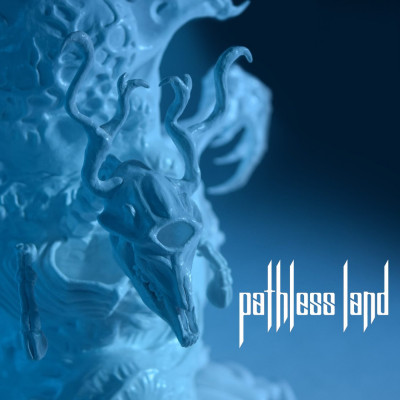 There’s an ongoing debate among music fans and reviewers alike about EP’s that are solely composed of a single track (or composition, if you will) and a few of its remixes. One line of thinking says that it is just a gimmick to cover the fact that the artist is lacking good material she/he/they can present and the remixes are a cover-up. The other line of thinking says that it’s the artist(s) expanding on their original idea and that they wanted another vision(s) of their song.

Actually, the two lines of thinking come to one thing the quality of the track and the presented remixes. If it itself is good, and the remixes complement it and/or present new elements within, it is mission accomplished.

First of all, the original itself is exactly what you may expect from a piece of doom-laden industrial music with states of everything from metal to dark ambient. And the duo is obviously well steeped in this genre and is able to present all the nuances of something they say is “a little song full of unlikely vitriol and resolve following loss and devastation.”

Casey Braunger’s remix accentuates the doom element, pushing back the electronics a bit to the background and pushes the buzz and the vocals to the front. On the other hand, Lit Bacon turns the song into some sort of a doom ballad with acoustic and other guitars as well as background vocals driving the track without losing the other original elements completely.

Essentially, Post Death Soundtrack is able to come up with a one-track EP with another two (remix) versions that actually work.