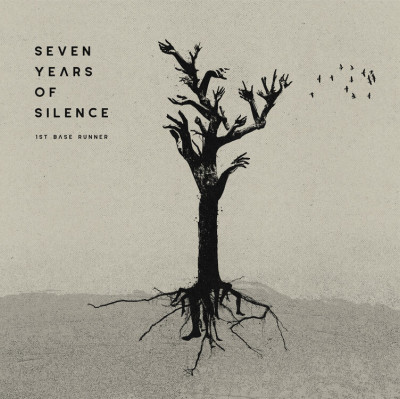 seven years of silence by 1st Base Runner

Those more familiar with baseball could possibly help here in explaining to the uninitiated what a 1st Base Runner actually is and what implications it could have on music. But whatever those explanations may bring, Texas electronic artist Tim Husmann who goes under such a moniker has certainly done more than run to or from the 1st base with his album seven years of silence.

Maybe his moniker or real name are not the ones the more general music audience would think it is familiar with, but it actually might be. Husmann has actually performed with international acts at storied venues all across North America from the Troubadour and the Fillmore to Montreal’s St. James United Church, playing drums, synths, and arranging electronic live setups.

Quite a heft experience and it shows in the music he presents here. Husmann obviously has an open ear to some quite diverse influences, as the music here shits from the Massive Attack-like of the introductory ‘Break Even,’ moving to Godspeed You! Black Emperor moves of ‘Only One’ to the more electronic pop of Stephen Meritt in his Magnetic Field incarnation. Or, the excellent, brief electronic psychedelia of ‘Escape.’

Attempting these kind of shifts in some hands might turn into quite a mess, but Husmann, on the evidence of the eight tracks here, knows exactly what he’s doing and how to come up with music that with all the possible shifts and moves can sound like a unified whole.

Maybe his previous projects took time, but now that 1st Base Runner has come up with this album, he actually turns it into a home run.